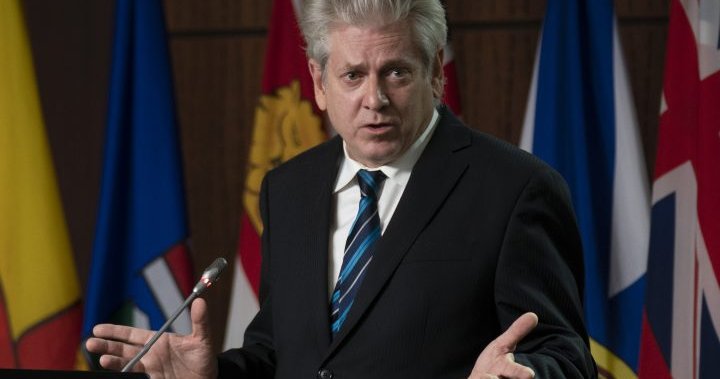 NDP MP Charlie Angus says no deal has been made with the Liberals to prop up Prime Minister Justin Trudeau‘s minority government for two to three years.

Angus confirmed that “an initial conversation” had taken place between NDP Leader Jagmeet Singh and Trudeau, but it was no more than “an initial meeting.”

Read more:
Trudeau’s minority government needs a dancing partner. Who will it be?

Two NDP sources, who spoke on condition of anonymity because they were discussing matters not public, stressed the talks were “informal.”

Trudeau has had conversations with the leaders of opposition parties since the Sept. 20 election, including Conservative Leader Erin O’Toole, Singh and Elizabeth May, the leader of the Greens in Parliament.

Before the Liberal caucus meeting Monday, Foreign Affairs Minister Melanie Joly was asked about whether her party was open to working with the NDP, either formally or informally.

“We’re always open to work with all parties. That’s what Canadians expect from us,” she said.

“At the same time I would say that the prime minister had the chance to meet with all other leaders and in that sense we want to make sure that we’re able to get our agenda supported by other parties. At the same time we understand that we need to be working collaboratively.”

The comments follow reports that the two party leaders are thrashing out a deal for the NDP to support the minority Liberal government in exchange for progress on New Democrat priorities.

Singh has previously set out a wish list for co-operation with the Liberals including action on housing, dropping a court battle over compensating Indigenous children and tough steps to curb climate change.

Conservative Leader Erin O’Toole railed against the idea of an agreement between the New Democrats and Liberals, calling it “radical.”

O’Toole told a news conference Monday that the deal would entail “billions of dollars of new spending to buy Jagmeet Singh’s silence.”

He said Canadians can’t afford such a deal, that it would be a disaster for the economy and cause devastating financial impacts for workers and communities from coast to coast.

Earlier Monday, Trudeau told the first meeting of the Liberal caucus since the Sept. 20 election that the government will seek to heal divisions across the county by delivering for Canadians.

He warned Liberal MP that anger and polarization is “creeping into our discussions in all sorts of different ways.”

He said the best “antidote” to this is a bold program of action, including on housing and climate change.

Asked about a potential deal with the NDP, Bill Blair, minister of emergency preparedness, said before the Liberal caucus meeting: “We’ve got a lot of work to do and I think it’s going to be important that all parliamentarians come together and do what’s right for Canadians.”

Pablo Rodriguez, who previously served as government House leader and is now heritage minister, said when asked about co-operation with the NDP that it’s important to move forward on priorities that are important for all Canadians.

“We’ll see what the new House leader does, but my philosophy was to extend the hand to all parties all the time and we managed to handle things last time,” he said.

Singh has previously indicated that he would be prepared to work with the Liberals on policies both parties agreed on. He has said he is opposed to an iconoclastic approach to politics, preferring to work across party lines to get things done.

But he has said the price for co-operation would be a firm commitment from Trudeau that he would pursue NDP priorities, for example on continuing COVID-19 benefits for people and small businesses. He has expressed frustration about some of Trudeau’s past promises _ for example on pursuing pharmacare _ not being delivered on.

Welcoming his MPs back to Parliament and greeting newly elected Liberal MPs on Monday, Trudeau said Canadians have “a big appetite for bold ideas about this country.”

The prime minister spoke about priorities for his government, including making reconciliation with Indigenous people a priority, addressing housing issues and pursuing an ambitious environmental strategy. All three are also NDP priorities.

Trudeau said the Liberals had the “most ambitious vision to fight climate change” of all Canada’s political parties.

Key Liberal campaign promises include new measures to reduce greenhouse gas emissions, implementation of a buyback program for banned firearms, plans to boost home ownership and steps to finish the fight against COVID-19.

The House resumes sitting Nov. 22 for four weeks before taking a holiday break.