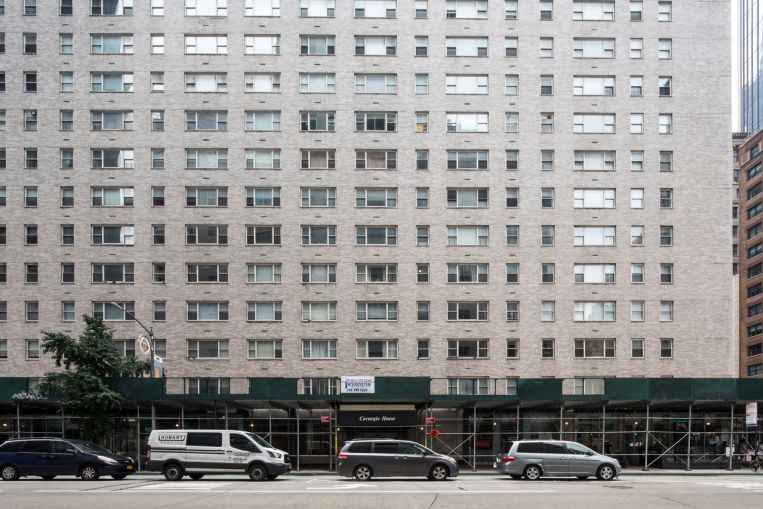 (BLOOMBERG) – Condo sales are surging in New York City. But fewer of those buyers are tapping a once-popular investment strategy: leasing out units for income.

The idea fell out of favour as rents dropped during the pandemic amid a mounting pile of apartment vacancies. Of all New York City condo units purchased last year, just 2.7 per cent were listed for rent within six months of closing, according to data compiled by StreetEasy. In 2017, the share was a record 11 per cent.

“It’s a strategy that has a lot of risk right now,” said Ms Nancy Wu, an economist at StreetEasy. “Renting it out is very notably not-profitable because of how much rents have been dropping.”

Landlords have struggled to keep units filled since the pandemic shuttered offices and sent New Yorkers scurrying to the suburbs for more work-at-home space.

Owners spent the past year discounting rents and upping incentives like free months to draw in tenants. Still, the number of empty units on the market has been discouragingly high. In June, despite a 38 per cent drop from the previous month, there were 11,853 available apartments in Manhattan alone.

“No investor wants to go up against a landlord who has a hundred or 200 vacancies,” said Mr Stephen Kliegerman, president of Brown Harris Stevens Development Marketing, who oversees sales in new condo buildings. “They think, ‘Great, I have to give away six months free, well then why am I buying this now?'”

Some investors have started stepping back into the rental game as Covid-19 infections decline in the city and employers plot a return to the office, pushing some workers to once again seek out urban homes to avoid a long commute.

About 5.6 per cent of all condo sales through June this year ended up being listed as rentals, StreetEasy said. They’re hitting the market in less-pricey locations that typically appeal to university students and young professionals.

The Vandewater, a newly built condominium near Columbia University in upper Manhattan, had New York’s biggest share of condos-turned-rentals this year, with 10 of this year’s 28 sales – 36 per cent – being listed for rent by their new owners, StreetEasy said.

That includes a one-bedroom unit that sold there in April for US$1.3 million (S$1.8 million). It was listed for rent in May at US$4,900 per month, according to StreetEasy. The 733 square foot apartment – in a building with a pet spa and a heated pool – found a tenant at the end of June after the asking rent dropped to US$4,750.

In Manhattan’s financial district, 28 per cent of condos sold this year at 130 William Street were quickly listed for rent. The median rent being sought for units at the luxury tower with Hudson River views is US$5,500, compared with the US$3,500 median for the neighbourhood at large, StreetEasy said.

Rents dived during New York’s pandemic shutdown last year. Now the attractive pricing in a reopened city is luring tenants back. In June, 9,642 new leases were signed in Manhattan – the most for any month since 2008, according to appraiser Miller Samuel Inc and Douglas Elliman Real Estate. Brooklyn saw 2,141 new leases, the second-best month on record.

The demand means that more individual condo buyers might soon aspire to become New York landlords again, Mr Kliegerman said. “They didn’t know how long it would take for the market to come back so they just held off. We definitely see the investors coming back.”