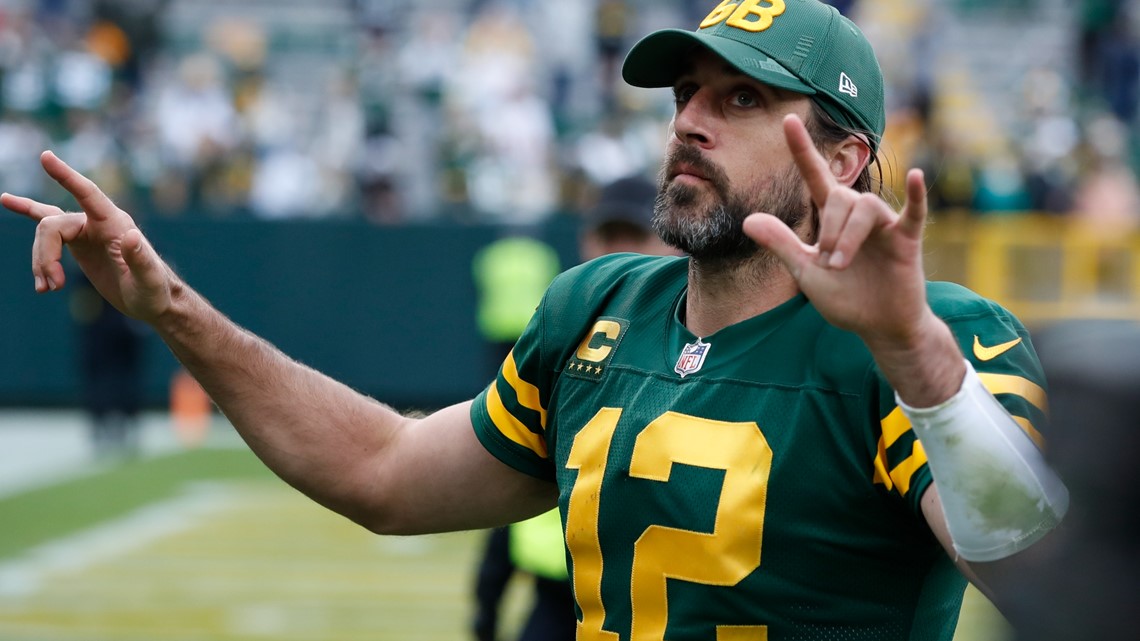 We’re previewing and predicting the outcome of every Week 8.

GLENDALE, Ariz. — We’re on to Week 8 in the NFL, which is headlined by Cardinals-Packers on Thursday night, Cowboys-Vikings on Sunday night, Bucs-Saints, Titans-Colts, Patriots-Chargers, Steelers-Browns and more.

This year at Locked On, Locked On Saints host Ross Jackson and me (Locked On national content producer Cameron LaFontaine) will predict the outcomes of every NFL game week to week.

Pick records so far this season:

SUBSCRIBE to the daily Locked On NFL podcast, free and available on all platforms

The Green Bay Packers are 6-1 and the Arizona Cardinals are 7-0. This is going to be a good one even though the Packers are missing Davante Adams and Allen Lazard. The Cardinals will be without JJ Watt.

The Buffalo Bills are back off bye following a loss to the Titans. The Dolphins suffered a tough loss last week against the Falcons. Can they hang in there with Buffalo?

The Atlanta Falcons have a chance to get over .500 this week with a win at home against Carolina. The Panthers are in a tough spot, losing four-straight, most recently a blowout loss against the Giants. Can they finally bounce back?

The Lions remain the only winless team at 0-7 after they fell to the Rams last week. Can they put an entire game together at home against the struggling Eagles? They’re going to have to stop Jalen Hurts on his feet.

The Titans are on a roll after defeating the Bills and Chiefs in back to back weeks but the Colts are suddenly rolling too. This could be an important game for the AFC South playoff picture.

The Texans are pretty much in shambles on both sides of the ball and the Rams are showing they’re championship contenders. This one could be ugly.

The Bengals are one of the hottest teams in the NFL coming into Sunday’s game against the Jets, who just gave up 54 points to New England and lost rookie starting quarterback Zach Wilson to injury.

The Browns may get Baker Mayfield back despite a shoulder injury as Pittsburgh comes to town for another big game in the AFC North. The Steelers are coming in well-rested off bye.

San Francisco did not look good in Sunday night’s rain game against the Colts but the good news for them is that the Bears looked much worse in their 38-3 loss in Tampa. Two struggling teams here looking for something to go right.

The Seahawks are coming off back to back three-point losses in primetime with Geno Smith starting at quarterback. Can they finally get a win against the visiting Jaguars?

These two teams have been big disappointments over the past several weeks. Denver won three straight to begin the year and have dropped four straight. Washington’s defense has been nowhere near as good as it was supposed to be.

The Bucs have been on a roll offensively and they bring that into New Orleans to face an inconsistent, but 4-2 Saints team.

This should be a fun primetime shootout between the Cowboys and Vikings. Both teams come in well-rested off bye. The Cowboys have struggled immensely in primetime in recent years, going 1-7 in their last eight. Can they get it done this time?

The Chiefs are in disarray, below .500 after being blown out by the Titans last week. The Giants are coming off a shocking 25-3 win over the Panthers. The Chiefs are favored by 10 points. Can they bounce back?