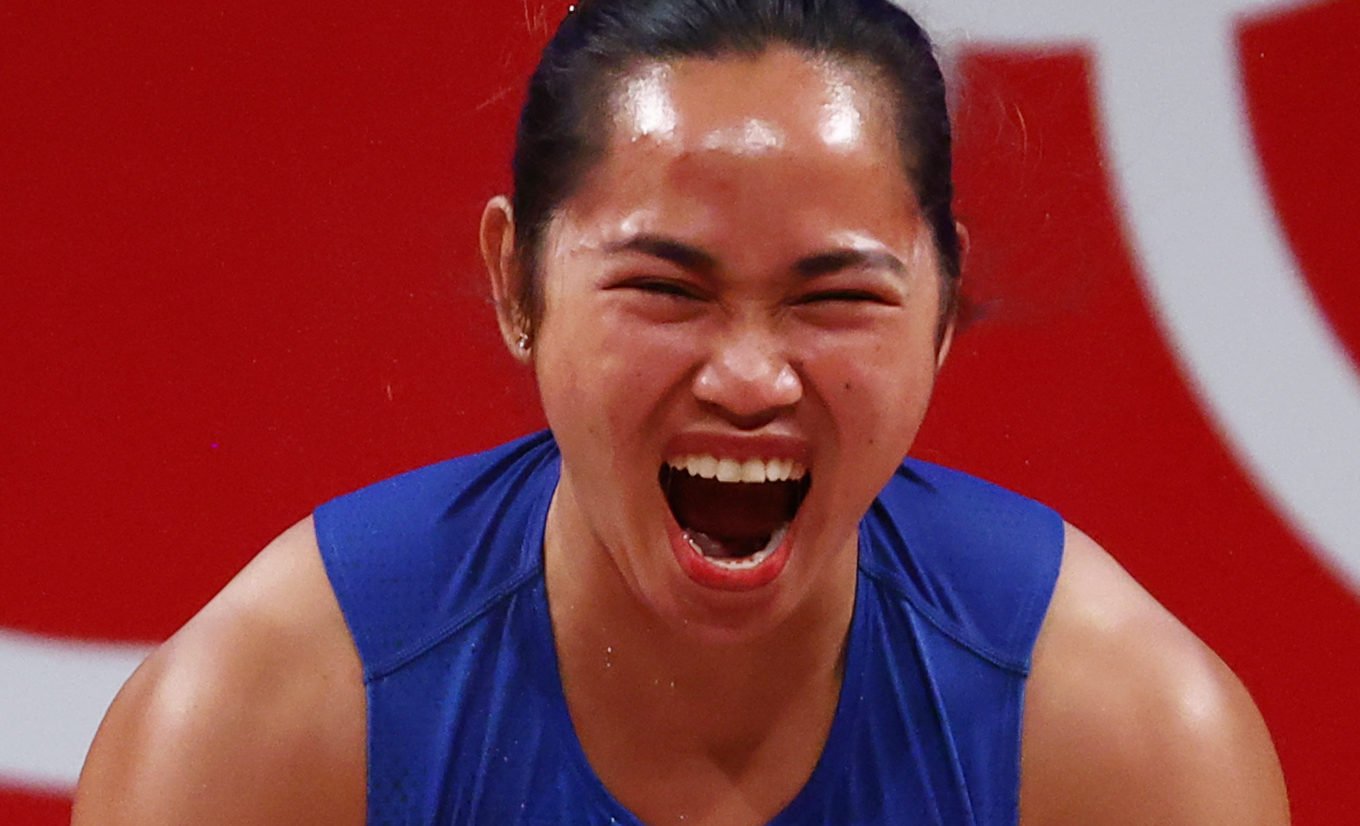 Hidilyn Diaz, here reacting after her golden lift in Tokyo, hasn’t had the time to prepare and has decided to not take part in the coming World Championships in Uzbekistan.—REUTERS

Not prepared enough and knowing that she doesn’t stand a chance, Tokyo Olympics gold medalist Hidilyn Diaz has withdrawn from the World Weightlifting Championship slated next month in Tashkent, Uzbekistan, leaving the Philippines without its best bet.

Samahang Weightlifting sa Pilipinas (SWP) president Monico Puentevella made this announcement, saying Diaz lacked the preparation to compete against the best in the globe as the country will now pin its hopes on all the others perceived to take Diaz’s place in the future.

On the way to seeing action in her fourth straight Olympics last July, Diaz was in training camp for more than two years in Malaysia, not seeing family for that long and locked in one target—winning the Philippines’ first Games gold.

She has obviously not had the time to train that well since Tokyo, like the Philippine boxers who also medaled there and won’t be representing the country in their sport’s own world championship later this year.

Puentevella said the country will still be sending athletes led by Tokyo Olympian Elreen Ando, the 23-year-old from Cebu City. Ando finished seventh in her division in the Olympics, and she will be gunning to surpass her silver medal-performance during last year’s Asian Championships also held in Tashkent.

The 30-year-old former weightlifter has been an integral part of “Team HD,” which plotted the Philippine campaign in the Tokyo Games even during the pandemic in a training camp in Malaysia.

Gao was Team HD’s head coach since 2018 when the spunky Filipino dominated the field on the way to an Asian Games gold medal in Indonesia.

“Then we will look for another foreign coach to handle the rest of the national pool members,” Puentevella told the Inquirer.