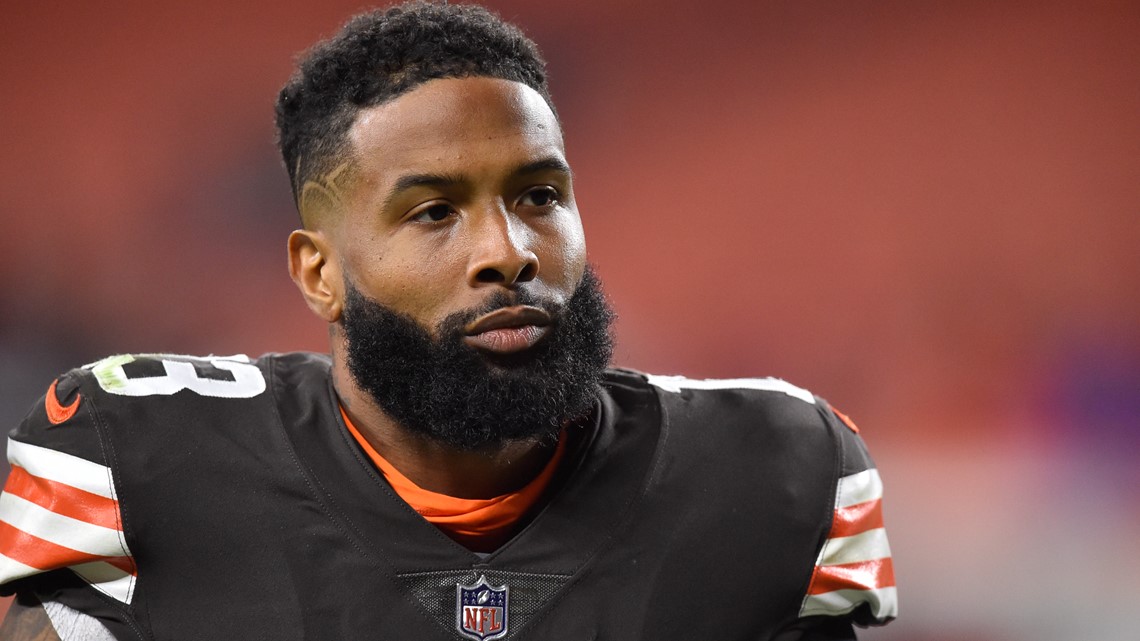 CLEVELAND — It appears the Odell Beckham Jr. era in Cleveland will soon come to an unceremonious end. After excusing him from practice for the past two days, the Cleveland Browns are expected to release the three-time Pro Bowl wide receiver, according to Pro Football Talk’s Mike Florio and Yahoo Sports’ Charles Robinson.

The Browns’ agreement to part ways with Beckham comes three days after the 2021 NFL Trade Deadline, in which Cleveland reportedly shopped the eight-year pro but was unable to find a deal. According to Florio, the two sides reached a revised agreement on Beckham’s contract that will lessen the financial burden for the Browns, who will release the wide receiver on Friday — his birthday. Should the 29-year-old wideout clear waivers, he will be free to sign with any team.

Hours ahead of Tuesday’s 4 p.m. ET deadline, Beckham’s father, Odell Beckham Sr., posted an 11-minute and 24-second long video clip of quarterback Baker Mayfield missing his son on various throws throughout the 2021 season to his verified Instagram account. The older Beckham also wasn’t shy to reply to comments on his post, agreeing with criticisms of Mayfield on multiple occasions.

Additionally, Beckham’s friend and NBA superstar LeBron James took to Twitter to encourage the Browns to part ways with the 2014 NFL Offensive Rookie of the Year ahead of Tuesday’s 4 p.m. ET trade deadline.

While the Browns ultimately didn’t trade Beckham, they did personally excuse him from practice on Wednesday and Thursday in a move that head coach Kevin Stefanski deemed “the right thing to do.” Asked about a report that he had told other players that Beckham was no longer a part of the team, Stefanski declined to discuss specifics.

“Today he’s excused and we’ll see where this goes,” the second-year head coach said on Wednesday.

The Browns acquired Beckham in a trade with the New York Giants in March of 2019, sending safety Jabrill Peppers and first and third-round picks in the 2019 NFL Draft in exchange for the 2014 NFL Offensive Rookie of the Year. While Cleveland’s acquisition of Beckham received plenty of attention, he never quite lived up to his billing with the Browns.

While the LSU product posted decent stats — 74 catches for 1,035 yards and four touchdowns — in his first season in Cleveland, the Browns amassed a disappointing 6-10 record. Additionally, Beckham found himself at the center of multiple controversies, including one in which he reportedly told opposing players to have their teams trade for him with the phrase “come get me.”

In 2020, Beckham appeared in just seven games — including a dazzling performance against the Dallas Cowboys — before suffering a torn ACL in Cleveland’s Week 7 win vs. the Cincinnati Bengals. After missing the first two games of the 2021 campaign recovering from the injury, Beckham returned to catch five passes for 77 yards in a Week 3 win vs. the Chicago Bears.

That performance, however, would prove to be an outlier as he has since caught fewer than three passes in four of the six games he’s played in this season. His apparent disconnect with Mayfield was on full display on Sunday when he caught just one pass for six yards in the Browns’ 15-10 loss to the Pittsburgh Steelers.

That catch — which came on his lone target of the game — would prove to be his final one as a member of the Browns roster.