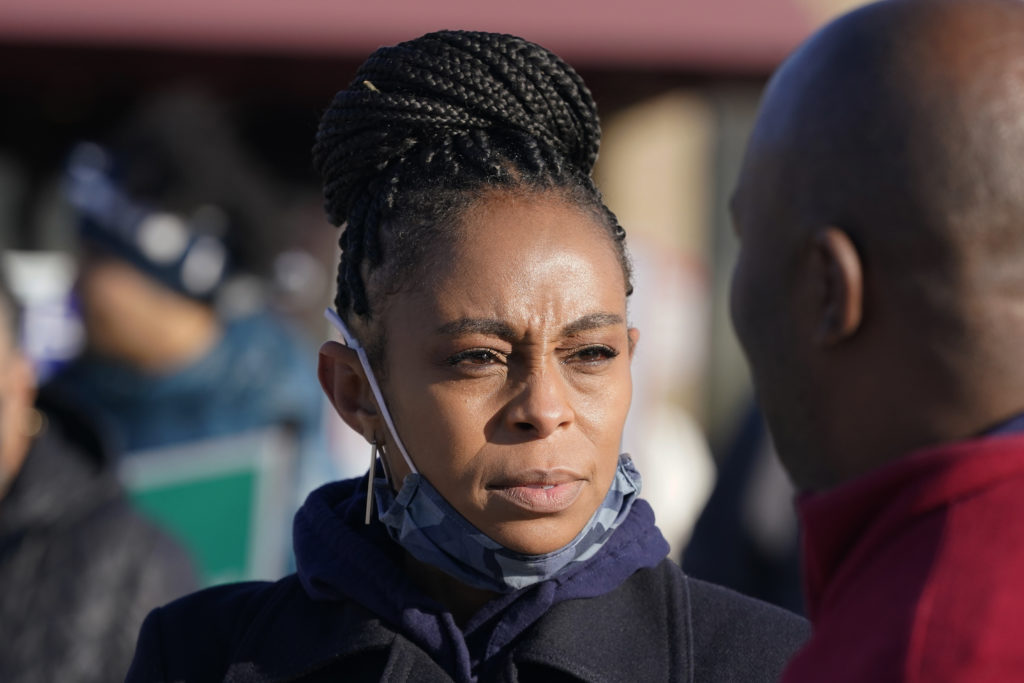 She fills the remainder of Fudge’s term, which runs until January 2023, facing reelection again next year under a congressional map that’s being redrawn to hold onto the seat.

A second special election is taking place in Ohio on Tuesday, this one for the open seat in the 15th Congressional District. Republican Mike Carey, a longtime coal lobbyist, and Democrat Allison Russo, a two-term state representative and public policy consultant, are competing to succeed Republican Rep. Steve Stivers, who resigned in April to become CEO of the Ohio Chamber of Commerce after a decade in Congress.

The winner will fill the remainder of Stivers’ term and, like Brown, will face reelection in 2022.

More than 377,000 Ohioans had voted early as of Monday afternoon, either by absentee ballot or at early in-person voting locations, according to Secretary of State Frank LaRose. He said that was nearly 18% more early ballots than had been cast at the same point in 2019.

Former President Donald Trump endorsed Carey, calling him a “courageous fighter” and visiting the state to campaign for him. President Joe Biden endorsed Russo, who raised more money in the district than any Democrat in history.

Brown’s election in the 11th Congressional District marks a win for establishment Democrats, who sought to defend the district against a takeover by progressives. Her backers included Hillary Clinton, U.S. Rep. Jim Clyburn and several labor unions.

But victory may be short-lived.

Already, Brown’s defeated primary opponent, progressive Nina Turner, has begun campaigning for the full congressional term up for grabs in 2022. A former state senator, she was a national mouthpiece for Vermont Sen. Bernie Sanders’ presidential bids and remains one of the progressive movement’s hardest-working congressional hopefuls.

In Florida, 11 Democrats are on the ballot in Tuesday’s primary special election for the seat of Democratic Rep. Alcee Hastings, who died in April after suffering from pancreatic cancer. One of the candidates is state Rep. Omari Hardy, who was 3 years old when Hastings was elected in 1992. Hastings was the longest-serving member of Florida’s congressional delegation.

Republican Jason Mariner won the Republican nomination to run for the 20th Congressional District seat, but the district is heavily Democratic. The winner of the Democratic primary is considered a lock for January’s general election.

The district is a majority Black and covers parts of Broward and Palm Beach counties.