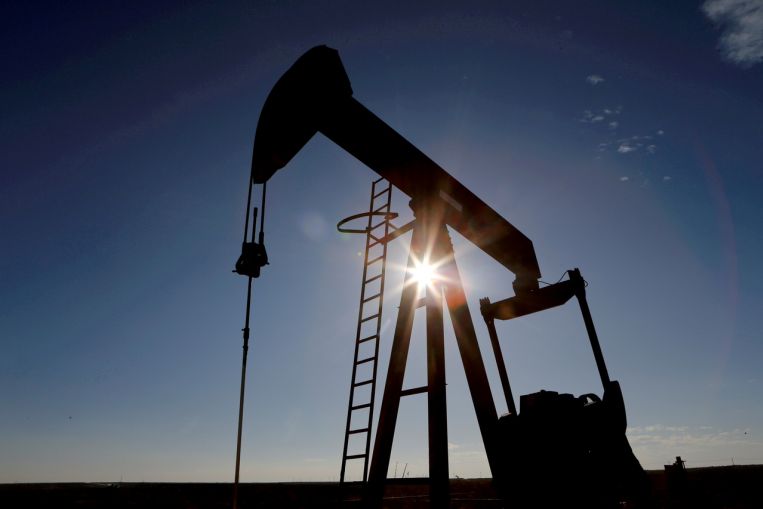 NEW YORK (REUTERS) – Oil prices slumped on Wednesday (Nov 10), hit by a surge in the US dollar after President Joe Biden said his administration was looking for ways to reduce energy costs amid a broader surge in inflation.

Brent and US crude futures dropped sharply at the end of the session as traders sold out of riskier assets, including stocks and commodities, driven by expectations that central bankers will take steps to curb rising prices.

Consumer inflation data on Wednesday showed US prices were rising at a 6.2 per cent year-over-year rate, their fastest rate in three decades, and may spur both the White House and US Federal Reserve to take action to head that off. That boosted the dollar, which often trades inversely to oil.

“There’s, no doubt, more pressure on the administration after the inflation reading numbers today,” said Phil Flynn, senior analyst at Price Futures Group. “There’s a growing concern the Fed may have to go back to acting more aggressively on a rate increase, so that’s given the dollar a rally.”

Inflation is heating up as the economic drag from the summer wave of Covid-19 infections fades and supply bottlenecks persist. The Federal Reserve is expected to try to stave the ongoing increase in prices, which has lasted longer than originally anticipated.

That sparked a rally in the dollar, which undermines the price of oil as it raises the cost for other nations because oil is largely transacted in dollars.

Mr Biden said he asked the National Economic Council to work to reduce energy costs and the Federal Trade Commission to push back on market manipulation in the energy sector in a larger effort to reverse inflation.

“Those comments caused the market to tank,” said Bob Yawger, director of energy futures for Mizuho in New York.

Separately, US crude inventories rose by 1 million barrels in the most recent week, short of estimates for a 2.1 million build in crude stocks.

Several traders said on Thursday that prices could continue to rise in coming months, but noted as well that an ongoing rally could spur more shale industry production that would offset demand.

The market has rallied in recent days on expectations that the Organization of the Petroleum Exporting Countries, led by Saudi Arabia, along with other exporting allies, would maintain a steady increase in output.

Opec+, as the wider exporting group is called, rebuffed calls by the White House to boost production. US output was most recently at 11.5 million barrels per day, still short of the near-13 million bpd reached in late 2019.

The White House has tiptoed around the possibility of releasing oil from the US Strategic Petroleum Reserve amid concern over recent soaring petrol prices. Generally, the US taps the SPR in the case of emergencies, like hurricanes.