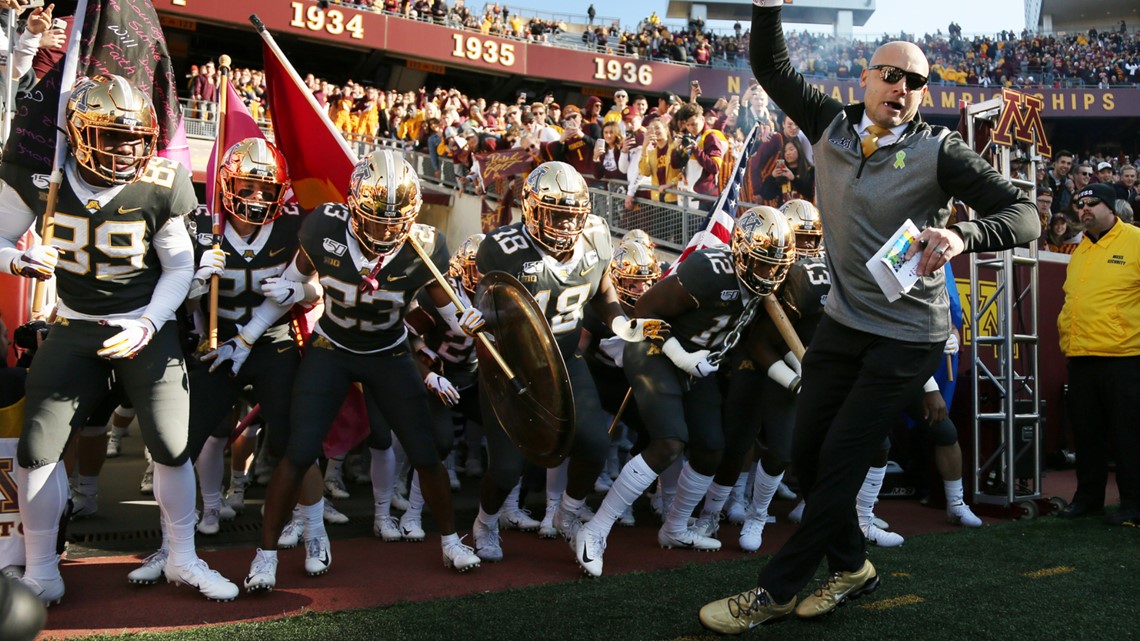 The U of M announced Wednesday that the agreement, pending approval by the board of regents, will keep the football coach under contract through 2028.

MINNEAPOLIS — Editors note: The video above first aired on March 5, 2020.

Wanting to continue the momentum and growing profile of its football program, the University of Minnesota (U of M) announced a new seven-year deal with Gophers head coach P.J. Fleck that will keep him in maroon and gold through 2028.

Fleck and the Gophers are currently 6-2 on the season and have all but cemented a bowl berth. His name has been mentioned in connection with a number of high-profile jobs since coming to the U of M five seasons ago.

“This is home,” said Fleck in a released statement that praised Director of Athletics Mark Coyle and U of M President Joan Gabel. “Our family loves it here and we are excited to continue this journey at the University of Minnesota. From day one, we talked about cultural sustainability and how important it is to building a successful football program and life program.”

Fleck is already sixth on the list of Gopher football coaches in wins with 32, and his .603 winning percentage is third among those who have coached at least 45 games, behind only the legendary Bernie Bierman (.716) and Henry L. Williams (.786). But U of M officials say his contributions to the university and community “off” the field are as notable.

“P.J. and Heather continue to do everything the right way,” said Coyle. “He continues to build a program that fans can take great pride in, and his student-athletes compete at a high level academically, athletically and socially. He is a tremendous recruiter and has elevated the stature of our program by an immeasurable amount. I am grateful to President Gabel and the Board of Regents for their continued support, and I look forward to Coach Fleck continuing to lead the Gophers.”

Among Fleck’s other achievements:

Financial terms of the deal have not yet been disclosed.