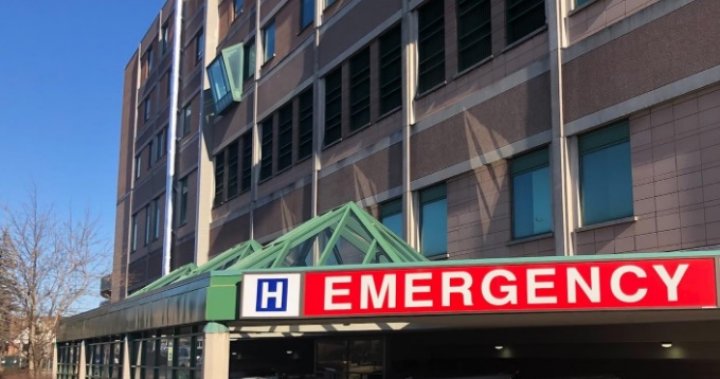 As delegates gather in Glasgow for the COP26 environmental summit, they’re not just looking at reducing emissions from the oil sector or manufacturing – they’re also examining how to make health care greener.

Now could be a good time to do it too – while governments also fix problems in health care highlighted by the ongoing COVID-19 pandemic, some say.

“These are all part of the same problem,” said Dr. Andrea MacNeill, a surgeon at Vancouver General Hospital and the medical director of planetary health for Vancouver Coastal Health. “Fixing one will help fix another, and that’s why this has to be part of a comprehensive post-pandemic recovery.”

“We need to be making sure that from a do-no-harm perspective, our hospitals are contributing to a healthy future as opposed to a worse future,” said Dr. Courtney Howard, an emergency room physician in Yellowknife and past president of the Canadian Association of Physicians for the Environment.

According to a report published in 2018, Canada’s health-care sector accounts for just under five per cent of the country’s emissions – an amount that’s not “massive,” but still significant, says Fiona Miller, a professor of health policy and director of the Centre for Sustainable Health Systems at the University of Toronto.

“Every sector, no matter how big, small or indifferent, has to become part of this solution,” she said. “Nobody can really be exempted from this.”

As the health-care system grows, she said, its carbon footprint shouldn’t grow too.

If Canada adopts this goal of more sustainable health care, it wouldn’t be the first.

The U.K.’s National Health Service (NHS) has set itself a net-zero emissions target by 2040. So far, in the program’s first year, the service has reduced emissions by buying more electric vehicles and ambulances and introducing measures to switch to less carbon-intensive medications where it can.

It’s reduced the use of desflurane – an anesthetic gas that is far more polluting than other clinical options, according to an annual report. It’s also introduced a program to encourage asthma patients to switch their inhalers from gas-propelled versions like the classic puffer, to a less-polluting powder-based inhaler, when medically appropriate.

Addressing our medical supply chain would help too, MacNeill said, by reducing packaging and making some products reusable. This could also make the supply chain more resilient to shocks from a pandemic or natural disaster and help make sure that medical services aren’t disrupted, as well as reducing emissions, she added.

“Our single-use dominated supply chain, which has been a fairly wholesale shift in health care over the last three decades, has created incredible vulnerabilities,” she said.

“The PPE shortages during the early days of the pandemic that resulted in the deaths of hundreds of health-care workers, those were fundamentally the result of PPE being single-use,” she said. When Canadian hospitals couldn’t get more from overseas, medical staff suffered, she said, and if they could have reused more products, that would have helped.

Some advances made during the pandemic, like increased use of virtual care, could also help to reduce emissions, Miller said.

Canada does not currently have a federal funding program to address the climate impacts of the health-care system, according to a Health Canada spokesperson, meaning it’s up to the provinces to decide whether to invest in these initiatives.

But with Canada’s health-care workers burnt out and still dealing with an ongoing crisis, not everyone believes that now is a good time to focus on making hospitals greener.

“We are in such turmoil at work,” she said. “If they’re not going to address this, then there is no health care. I don’t care what their plans are for green, sustainable health care. There’s zero health care.”

“I would say that right now, the average patient probably is more concerned about whether their surgery will be delayed because of potential lockdowns,” said Emmanuelle Piérard, an associate professor of economics at the University of Waterloo.

Still, she says, “there’s no better time than now.”

“Three years ago, I don’t think that my doctor would have held a virtual consultation with me, and I’ve had a few of those in the past two years, so we’re already in times of change. So it might be a good time to continue in that vein and to continue enacting change,” she said.

Howard acknowledges that people are exhausted, but thinks that greener health care is about looking to the future.

“We went right from bad COVID to a summer of heat emergencies and smoke right back into bad COVID,” she said. If the health system has to face “disaster after disaster” she said she would like to know that her work in the hospital isn’t making things worse.

“That actually will help to give meaning to the work and all the sleep that we’ve lost during this emergency to know that we’re preventing the ones to come.”