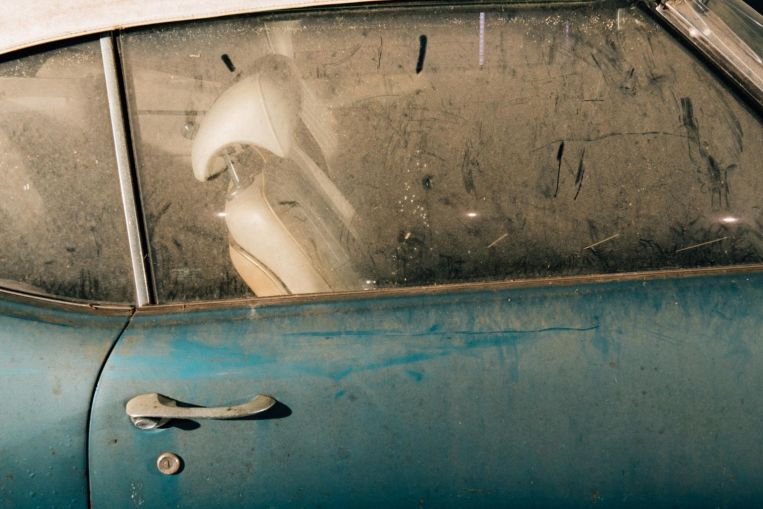 NEW YORK (NYTIMES) – The 1969 Pontiac Le Mans had been sitting in a garage in Greenwich, Connecticut, undriven and, by the look of it, untouched for two decades. Wood piled against the body had scratched the blue paint. Mice had crawled into the engine and burrowed into the cabin, leaving behind toxic urine and droppings. Splotches of mold covered the white vinyl seats, black carpet, armrest and dash.

After it was bought by a classic car dealer, the Le Mans was flat-bedded to a spotless, two-story garage in nearby Danbury that is the headquarters of Ammo NYC, which bills itself as “the first completely fussy car care company” and is known to its 2 million YouTube subscribers as the source to learn such auto esoterica as the “needle and syringe” method for touching up the paint on a Ruf Slantnose Porsche.

“Today my mission is to hit it with steam, hit it with shampoo, hit it with alcohol and water,” said Mr Larry Kosilla, Ammo’s 40-year-old founder. Sounding more like a doctor than a detailer, he added, “The first round is topical.”

Mr Kosilla put on a disposable white hazmat suit and black latex gloves and got to work, using a US$2,400 (S$3,200) EDIC Galaxy Auto 3000 Carpet Extractor that was sent to him by the company.

On any given day, Mr Kosilla, one of the top detailers in the country, might be prepping a Scuderia Cameron Glickenhaus SCG 003 sports car for its sale to a billionaire, power washing a 1990s Jeep Cherokee that was baking in the Texas desert, or de-funking a barn find like the Le Mans.

With titles like Dirtiest Car Ever! and First Wash In 34 Years!, his YouTube clips are essentially “cleanfluencer” content for car buffs. The grungier the car, like the 1969 Mercedes 280 SL that moldered in a New Jersey garage for 37 years, the more satisfying it is to see Mr Kosilla make it gleam like it’s back in the showroom.

Narrating the clips, he provides a dissertation on arcane matters like the correct brush length to maximize performance of a rotary polisher. He uses the power tool to remove crusty, oxidised layers of paint, not unlike a dermatologist removing dead skin cells.

A basic cleaning starts at US$2,500 and can reach five figures, depending on a car’s condition and the owner’s meticulousness. He is booked through January.

Mr Chris Bishop, 49, a co-founder of the pet food company Blue Buffalo and a car enthusiast, gives his cars, including a rare 1970 Plymouth Superbird, the Ammo treatment.

“When you have Larry put his magic on it, it becomes that much more a piece of art,” said Mr Bishop, who lives in southern Connecticut. “The level of care and attention to detail is like no other. And he goes to that level on every vehicle, whether a Ferrari or a more common car.”

Detailing is not exactly glamorous. In the automotive world, it is considered unskilled labor, beneath body work and engine repair, and associated with a US$10 trip to the carwash.

What people fail to understand, Mr Kosilla said, is that “some of these cars are worth more than homes.” A few years ago, the owner of a US$12 million McLaren flew Kosilla to Pebble Beach, California, at a cost of US$50,000 just to get the vehicle in sparkling condition for a car show.

Detailing a McLaren or a Lamborghini Aventador S is delicate business; one stain on the bespoke leather seats or a scratch on the custom paint can sink the value by tens of thousands of dollars. The work requires a comprehensive knowledge of cars and a fanatical quest for perfection. Mr Kosilla has both.

“I have this weird sickness that I only see what’s wrong with things,” he said. “Blemishes pop out at me violently. My clients tell me, ‘You’re insane. And I’m willing to pay for that insanity.'”

Mr Kosilla grew up in Rye, New York, the son of a fireman and a teacher’s aide, and even as a child, he liked to clean.

“At 6, I took a bucket of water and washed my little trike,” he said. “Vacuuming is the most therapeutic thing in the world. If I’m struggling with a problem, I go outside and wash my car.”

Tall, lean and athletic in high school, Mr Kosilla received a scholarship to play hockey at Rye Country Day, a private school. There, he met classmates from wealthier families and acquired his first car, a 1989 Mustang LX.

“That car was freedom,” Mr Kosilla said, adding that after it was dinged in the school parking lot, he put safety cones around it.

Believing he should become a white-collar professional like his classmates’ fathers, he attended the University of Virginia and went to work on the floor of the New York Mercantile Exchange in lower Manhattan. He assumed you showed up for the job you hated in order to afford the thing you loved – in his case, luxury sports cars. But after a year, he was so miserable he quit.

Mr Kosilla took a low-paying job maintaining cars at the Cooper Classics Collection, a vintage automobile dealer in Greenwich Village. Then, in 2005, with money he’d saved from his finance job and borrowed from his mother, he opened a carwash in Harrison, New York, with two friends.

Local car guys started hanging out at the carwash, named the New York Motor Club, and Mr Kosilla gained a reputation for being a master detailer.

“Anyone can detail,” said Mr Matt Farah, 39, one of his partners, who later became an automotive journalist and host of the Smoking Tire podcast. “It’s not advance labour to take the wheel off your car and spend three hours with a toothbrush cleaning it. It just requires the desire to have the end result be perfect.”

It was Mr Farah who gave Mr Kosilla the idea 10 years ago to film his car cleanings and post them on YouTube. Mr Kosilla had been studying the techniques of masters like Kevin “Buff Daddy” Brown, but, he said, “I wanted to learn how to do more things and I kept Googling, like, ‘How do you do aluminium that’s oxidised?’ and I couldn’t find anything. Why don’t I shoot this?”

A 2020 video in which Mr Kosilla tours an undisclosed “barn” with some 300 rare, low-miles cars, including Ferraris, Lamborghinis, Porsches and Mercedes, just collecting dust, caused a sensation in the automotive world and took his brand to the next level.

To supplement his income, Mr Kosilla has for several years sold Ammo-branded car products: brushes, scrub pads and sprays – all in masculine black bottles with names like Skin Defense Seal and Mousse Interior Conditioner that make them seem a step above Turtle Wax.

Back in his garage, he inspected the Le Mans and estimated it would take a full day to rehab the mouldy interior, and another to polish the dead-looking paint. He cranked up Hotter Than Hell by Dua Lipa, grabbed his scrub pad and upholstery cleaner, squeezed himself into the tiny cabin and got to work. A car guy entering flow state.

“We’re going to start with the seats first,” he said.