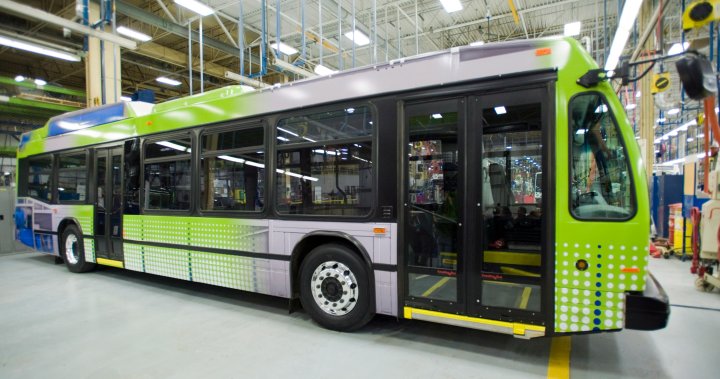 The Quebec government will fund the lion’s share of the $5-billion purchase price of new electric buses, but it is not certain that these buses will be made in Quebec.

The premier specified that the government of Quebec will provide $3.65 billion of the $5-billion total, with the rest coming from the federal government and private companies.

At a press conference at an Edinburgh hotel, Legault added that some $2.4 billion will be used to purchase the new vehicles, and $2.6 billion will be spent on adapting garages at all nine of Quebec’s transportation agencies.

The Quebec government has already started discussions with Quebec builders like Novabus and Lion Électrique, but Legault has not ruled out a foreign manufacturer.

However, he signalled that the government would ensure that as many of these vehicles as possible are designed and assembled in Quebec.