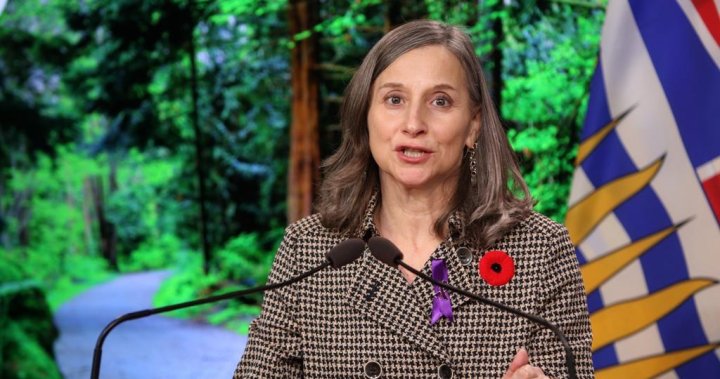 The BC Coroners Service says 181 people died in August and 152 in September, record figures for both months, and it brings the number of fatalities since the start of the year to 1,534.

A coroner’s statement says September marked the 12th consecutive month in which there were at least 150 deaths due to toxic illicit drugs.

Chief coroner Lisa Lapointe says the toll is “heartbreaking,” representing a 24 per cent increase over the 1,240 deaths recorded between January and September last year.

The statement says B.C.’s death rate stands at just over 39 for every 100,000 residents, nearly double the rate in 2016 when the public health emergency over illicit overdoses was first declared.

Lapointe’s office has warned of B.C.’s increasingly toxic and volatile illicit drug supply, with the powerful opioid fentanyl found in 84 per cent of deaths while the more toxic carfentanil is linked to 137 deaths this year, more than double the 65 recorded for all of 2020.

This is the sixth year of the public health emergency related to tainted drugs and Lapointe says deaths continue to soar.

“Urgent action on a number of fronts is required, including much broader access to safe supply, more readily available and efficient drug-checking services, and a shift from a law-enforcement focus to a health-centred approach,” Lapointe says in the release.

B.C. has applied to the federal government to decriminalize possession of illicit drugs for personal use, which is a crucial step toward addressing the crisis, says Lapointe.

Data from the coroner’s office show men between the ages of 30 and 59 are the majority of victims.

Seventy-one per cent of B.C.’s suspected drug toxicity victims this year were between the ages of 30 and 59, and 79 per cent were men, the statement says.

Deaths due to drug toxicity remain the leading cause of unnatural death in B.C., the coroner says.