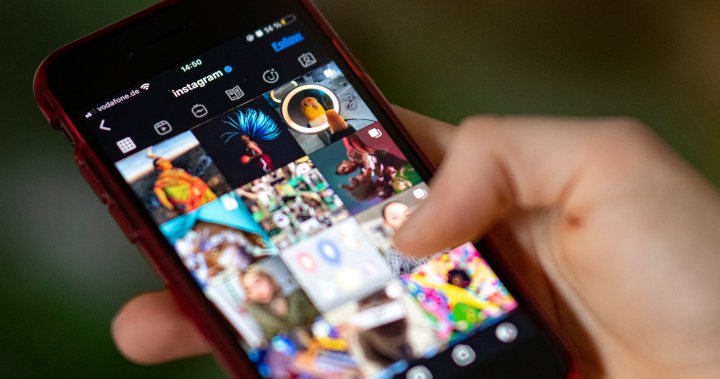 It was a simple invitation: share a photo of your pet and someone will plant a tree.

But who would plant those trees, and where is this invitation coming from? Experts say Canadians should be asking those questions before jumping in on the latest trends.

“So many of the predominant platforms that we use are designed to be constantly scrolled to make us move really quickly and not pause,” said Ramona Pringle, an RTA Media professor at The Creative School with Ryerson University.

“We as users need to do our due diligence, which is to take that time to understand that they’re designed in a way to make us act in a really reactionary, fast way.”

A viral Instagram campaign circulated recently asking users’ to share pictures of their pets with the sticker: “We’ll plant 1 tree for every pet picture.”

The sticker was created on Nov. 2 by Plant A Tree Co. using Instagram’s new feature “Add Yours,” which rolled out on the application the day before and allows users to contribute to a thread in the “Stories” features.

Plant A Tree Co.’s trend quickly gained traction with millions of shares and continued building momentum over the weekend. On Tuesday, the group thanked users for their pet photos, and included that it was shared more than four million times.

However, in the post, it said it wouldn’t actually be able to follow through on its promise.

“We immediately realized the post would grow too big and that we didn’t have the resources to plant that many trees, so we deleted it 10 minutes later,” Plant A Tree Co. said.

“Even though we deleted it, a week later out of nowhere the stories continued to spread out of our control, reaching millions of reposts.”

The group went on to say the credit for the sticker was removed, no longer linking them to the post. Now, it wants to raise funds to help plant four million trees, and links to campaigns on its website.

“Trees for the Future is not affiliated with Plant A Tree Co.,” the spokesperson said.

According to its website, Plant A Tree Co. claims to have planted more than 6,500 trees to date and sells necklaces in order to do so. It said it has a goal of planting one million trees by the end of the year.

Global News reached out to Plant A Tree Co. for comment, but did not receive a response by deadline. Its Instagram feed also contains other posts asking for re-shares – such as on the crisis in Afghanistan and wildfires in Turkey and Greece earlier this year.

Pringle said the campaign’s reach is an example of users possibly validating the authenticity of a source based on the post’s popularity.

“Part of the reason that people like me would encourage users to think before they repost content is that with each additional like or repost, it seems more credible, right?” she said.

“There’s a logic that people use in that sense because … if there is that momentum that builds for something, all of a sudden you look at it and there’s millions of people who have shared it and it feels like this must be an official thing.”

He suggests companies look at using “circuit breaker” measures to slow down the reach of highly viral content while it gets fact-checked.

“It’s a good example, especially when introducing new features that haven’t yet really been stress-tested to implement these kinds of circuit breakers,” he said.

“It’s a responsibility on the part of the platforms to protect the users, and this is maybe an example where that could have been helpful – but we all have a responsibility to make sure we’re also being responsible consumers.”

1:15
Angus calls for new officer of parliament role for digital rights and technology

A spokesperson for Meta, the company formerly known as Facebook that runs Instagram, told Global News in a statement the campaign was disabled to limit misunderstanding around who created the original post.

“The concern is what happens next time?” she said. “What happens in a slightly different circumstance, and how do you ensure that people don’t get duped and that they don’t get duped on such a massive scale that it could cause harm?”