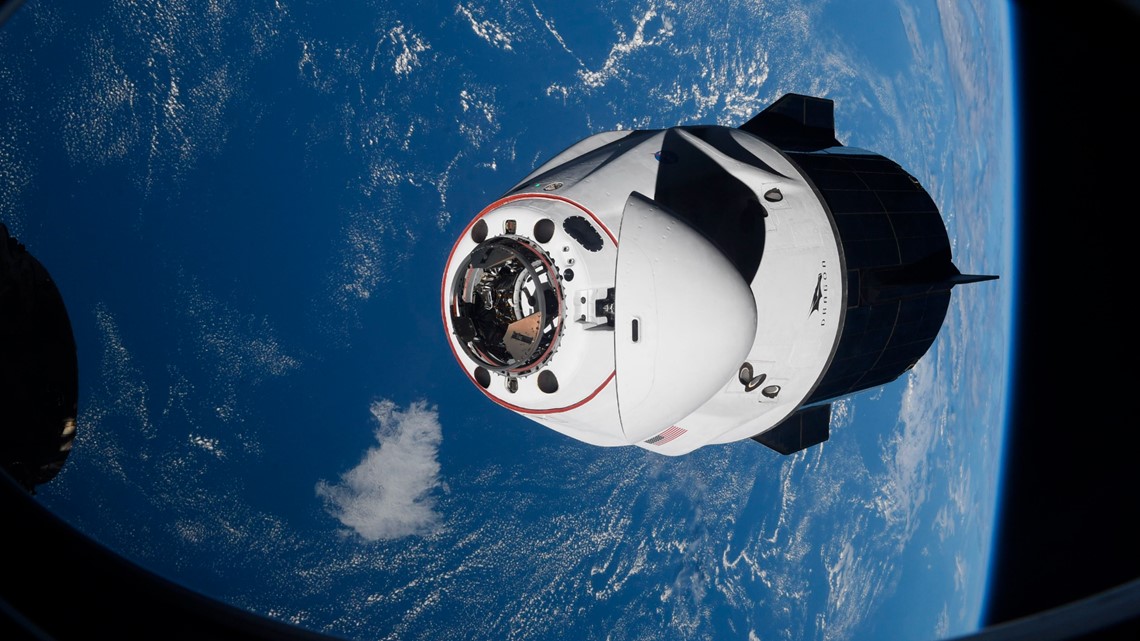 A leaky toilet on the SpaceX capsule means the crew will have to wear diapers on the return trip from the International Space Station.

CAPE CANAVERAL, Fla — The astronauts who will depart the International Space Station next week will be stuck using diapers on the way home because of their capsule’s broken toilet. NASA astronaut Megan McArthur described the situation Friday as “suboptimal” but manageable.

“Spaceflight is full of lots of little challenges,” she said during a news conference from orbit. “This is just one more that we’ll encounter and take care of in our mission. So we’re not too worried about it.”

The trip home can take up to 20 hours.

Mission managers could decide later Friday whether to bring McArthur and her three crewmates back in their SpaceX capsule before launching their replacements. That launch already has been delayed more than a week by bad weather and an undisclosed medical issue involving one of the crew.

French astronaut Thomas Pesquet told reporters that the past six months have been intense up there. The astronauts conducted a series of spacewalks to upgrade the station’s power grid, endured inadvertent thruster firings by docked Russian vehicles that sent the station into brief spins, and hosted a private Russian film crew — a space station first.

They also had to deal with the toilet leak, pulling up panels in their SpaceX capsule and discovering pools of urine. The problem was first noted during SpaceX’s private flight in September, when a tube came unglued and spilled urine beneath the floorboards. SpaceX fixed the toilet on the capsule awaiting liftoff, but deemed the one in orbit unusable.

Engineers determined that the capsule had not been structurally compromised by the urine and was safe for the ride back.

On the culinary side, the astronauts grew the first chile peppers in space — “a nice moral boost,” according to McArthur. They got to sample their harvest in the past week, adding pieces of the green and red peppers to tacos.

“They have a nice spiciness to them, a little bit of a lingering burn,” she said. “Some found that more troublesome than others.”

Also returning with McArthur and Pesquet: NASA astronaut Shane Kimbrough and Japanese astronaut Akihiko Hoshide. SpaceX launched them to the space station on April 23. Their capsule is certified for a maximum 210 days in space, and with Friday marking their 196th day aloft, NASA is eager to get them back as soon as possible.

NASA said the crew’s return date is now “no earlier” than Monday.

One American and two Russians will remain on the space station following their departure. While it would be better if their replacements arrived first — in order to share tips on living in space — Kimbrough said the remaining NASA astronaut will fill in the newcomers.

The Associated Press Health and Science Department receives support from the Howard Hughes Medical Institute’s Department of Science Education. The AP is solely responsible for all content.