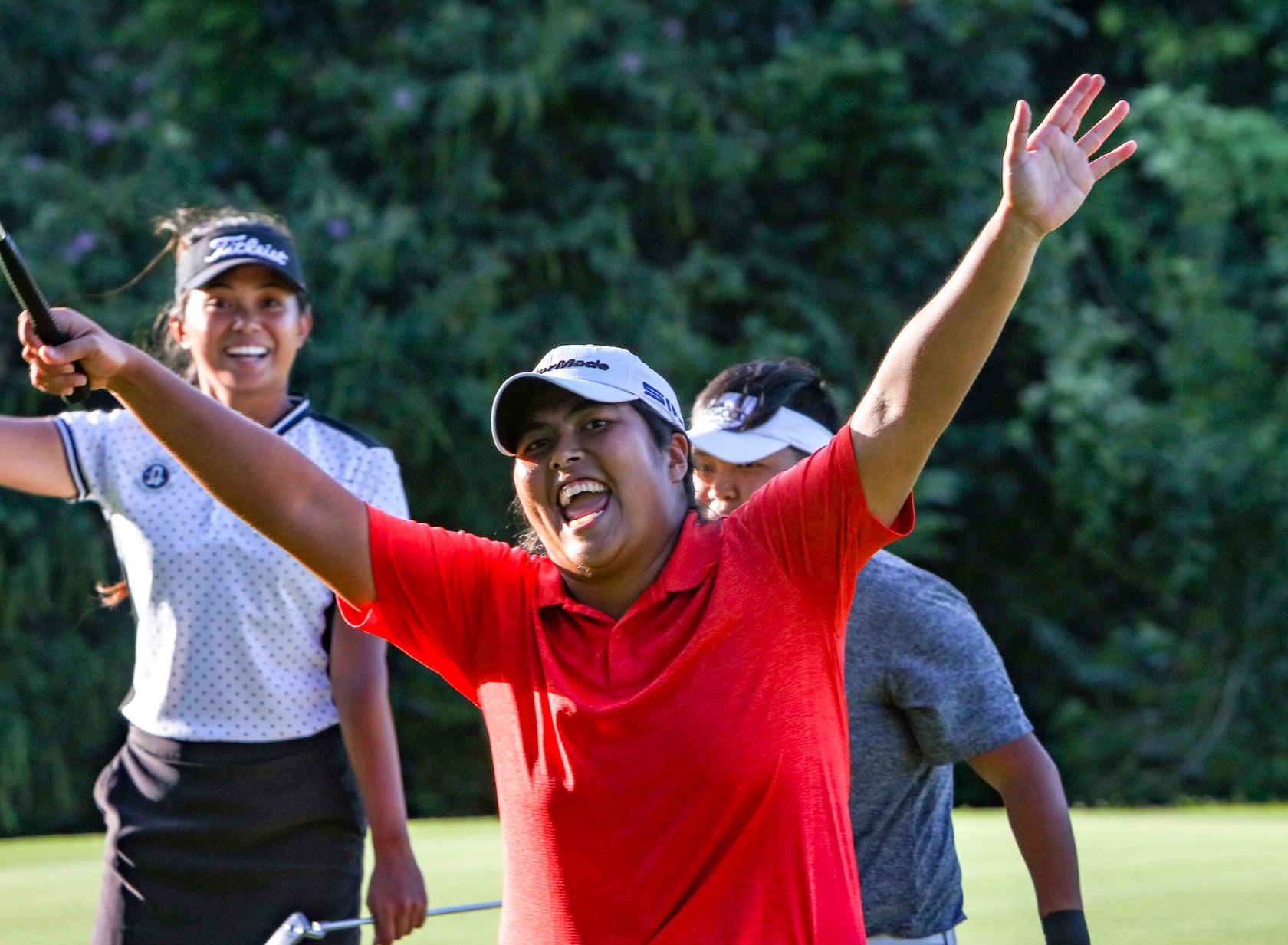 Sunshine Baraquiel held sway on a week of brutal tests that included fog, weather delays and blustery gusts, shooting a two-over-par 72 on Thursday to win for the first time as a pro after holding back the decorated Chihiro Ikeda and Daniella Uy in the final round of the ICTSI Tagaytay Highlands Ladies Challenge.

With players returning soaring scores, Baraquiel, a former national player, kept her emotions in check and minimized the damage to win by three shots with a 54-hole 221 total that justifies her recent commitment to play the game again and put being a lady pilot on the back burner.

“The tournament was mine to win, so I just hit the shots that I had to hit and made the putts that I had to make,” said Baraquiel, who never finished higher than seventh in her first five tournaments on the local tour. “Basically, I just breathed and slowed things down when I got nervous. And my decision-making was on point.”

Ikeda, the former Southeast Asian Games champ, started the day just two strokes back but never got to gain ground, submitting a 73 like Uy, who was slowed down by four of her five bogeys inside her first 12 holes.

Harmie Constantino, the champion last week at Eagle Ridge’s Aoki layout, had four bogeys against two birdies in a 72 as she never got to play with the form that gave her that win in General Trias in Cavite. She checked in four shots back.

No player cracked par in all three rounds, with Baraquiel having signed for 19 total bogeys against eight birdies. But she was the only one in the top five without a double bogey or worse, as her pursuers signed for a lot of those that doomed their chances.

Amateur Mafy Singson, who finished second to Constantino last week, fired a 75 to finish six behind, with Chanelle Avaricio, a favorite since the tour rebooted, shooting a 75 for a woeful 233 over the up-and-down, bending layout.

Next up will be the ICTSI Riviera Ladies Challenge in Silang, Cavite, on Nov. 24-26 at Couples, with the Langer leg to be held on Dec. 1-3.