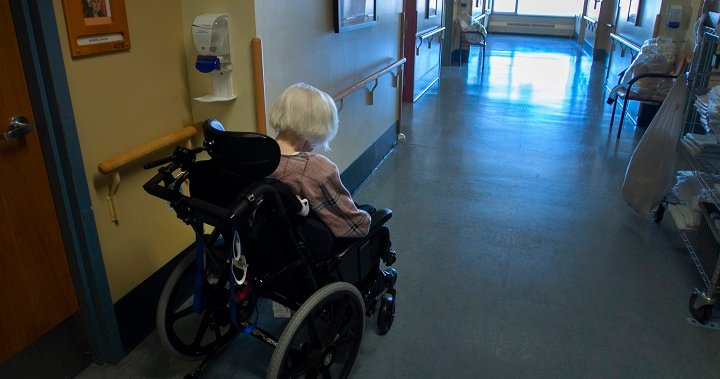 “Systemic ageism,” outdated health-care facilities and government reforms contributed to the tragedy that unfolded in the province’s long-term care homes during the first wave of COVID-19, a former Quebec health minister told a coroner’s inquest on Monday.

Réjean Hébert, who is also a gerontologist, told coroner Géhane Kamel that nearly 10 per cent of the province’s long-term care patients died of COVID-19 in the early months of the pandemic — a rate five times higher compared to Canada as a whole.

“CHSLDs were the blind spot in this crisis,” Hébert said, referring to the official name of the care homes in the province.

Hébert, who served as health minister under former premier Pauline Marois, said that even before the pandemic there was a tendency to shift health-care resources toward other priorities, leading to a lack of doctors and nurses to care for vulnerable seniors in care homes. As a result, the homes were no longer able to provide acute care, forcing them to transfer distressed patients to hospital, which was “extremely difficult” for those with cognitive impairments, he said.

Hébert also pointed to outdated facilities where patients were subjected to inadequate ventilation and forced to share bedrooms and bathrooms as factors that contributed to Quebec’s high mortality rate.

The coroner’s inquest is examining the deaths of elderly and vulnerable people in residential settings during the COVID-19 pandemic in order to formulate recommendations to avoid future tragedies.

About half the province’s COVID-19 deaths during the first wave occurred in long-term care homes, and some 92 per cent of people who died between Feb. 25 and July 11, 2020, were 70 and older, according to the province’s public health institute.

Hébert said he was most shocked by Quebec society’s indifference to the elderly population.

“We heard all kinds of things, we heard people say elderly people should confine themselves, since they were at risk, so why should the rest of the population suffer?” he testified. “We haven’t seen an ‘Old Age Matters’ movement, we haven’t seen the dismissal of (long-term care home) directors.”

Hébert felt this apathy extended to decision-makers, noting that the government’s crisis committee didn’t include anyone from the elderly community. He added that hospitals, rather than care homes, were initially prioritized for resources such as masks and COVID-19 tests.

For Hébert, the decisions to transfer patients from hospitals to care homes in order to free up beds at the beginning of the pandemic, as well as to ban caregivers, were the final elements that created the crisis in long-term care.

Another witness, Dr. Quoc Dinh Nguyen, agreed Monday during his testimony at the inquest.

“In taking away caregivers, it makes less sets of arms but also fewer voices” to defend the residents, he said, adding that the population would have likely reacted more strongly had the hardest-hit environments been daycares or schools.

Both experts suggested reviewing the way the province’s health-care bureaucracy is structured, in order to avoid similar situations arising in the future.

Hébert blamed the health-care reforms carried out by former provincial liberal governments in 2003 and 2015 that centralized the management of health-care facilities. “Before a problematic situation crosses the six hierarchical levels and comes down again, it can take several days, even several weeks,” he said.

Dinh Nguyen described the system as a series of “silos” that create a disconnect between the medical community and the realm of long-term care. Layers of bureaucracy also delay data sharing, he said.

Public health, nursing and seniors services were “three fronts that did not speak to each other quickly enough” and lacked flexibility because of their size, at a time when a quick response was most needed, Nguyen told the inquiry.