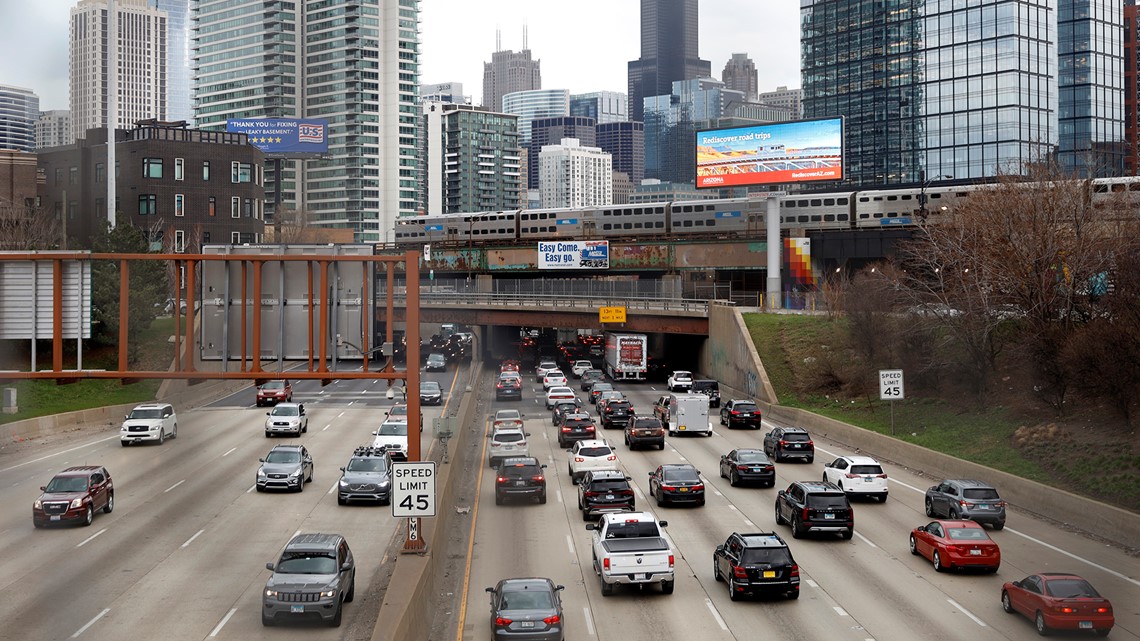 Automakers will have to install technology in new cars to keep drunk people from driving. What that technology will be remains to be seen.

WASHINGTON — Congress has created a new requirement for automakers: Find a high-tech way to keep drunken people from driving cars. It’s one of the mandates along with a burst of new spending aimed at improving auto safety amid escalating road fatalities in the $1 trillion infrastructure package that President Joe Biden is expected to sign soon.

Under the legislation, monitoring systems to stop intoxicated drivers would roll out in all new vehicles as early as 2026, after the Transportation Department assesses the best form of technology to install in millions of vehicles and automakers are given time to comply.

In all, about $17 billion is allotted to road safety programs, the biggest increase in such funding in decades, according to the Eno Center for Transportation. Transportation Secretary Pete Buttigieg said Monday that could mean more protected bike paths and greener spaces built into busy roadways.

“It’s monumental,” said Alex Otte, national president of Mothers Against Drunk Driving. Otte called the package the “single most important legislation” in the group’s history that marks “the beginning of the end of drunk driving.”

“It will virtually eliminate the No. 1 killer on America’s roads,” she said.

Last month, the National Highway Traffic Safety Administration reported an estimated 20,160 people died in traffic collisions in the first half of 2021, the highest first-half total since 2006. The agency has pointed to speeding, impaired driving and not wearing seatbelts during the coronavirus pandemic as factors behind the spike.

Each year, around 10,000 people are killed due to alcohol-related crashes in the U.S., making up nearly 30% of all traffic fatalities, according to NHTSA.

Currently, some convicted drunken drivers must use breathalyzer devices attached to an ignition interlock, blowing into a tube and disabling the vehicle if their blood alcohol level is too high. The legislation doesn’t specify the technology, only that it must “passively monitor the performance of a driver of a motor vehicle to accurately identify whether that driver may be impaired.”

Sam Abuelsamid, principal mobility analyst for Guidehouse Insights, said the most likely system to prevent drunken driving is infrared cameras that monitor driver behavior. That technology is already being installed by automakers such as General Motors, BMW and Nissan to track driver attentiveness while using partially automated driver-assist systems.

The cameras make sure a driver is watching the road, and they look for signs of drowsiness, loss of consciousness or impairment.

If signs are spotted, the cars will warn the driver, and if the behavior persists, the car would turn on its hazard lights, slow down and pull to the side of the road.

Abuelsamid said breathalyzers aren’t a practical solution because many people would object to being forced to blow into a tube every time they get into the car. “I don’t think it’s going to go over very well with a lot of people,” he said.

The voluminous bill also requires automakers to install rear-seat reminders to alert parents if a child is left inadvertently in the back seat, a mandate that could begin by 2025 after NHTSA completes its rulemaking on the issue. Since 1990, about 1,000 children have died from vehicular heatstroke after the highest total in a single year was 54 in 2018, according to Kidsandcars.org.

Congress, meanwhile, directed the agency to update decades-old safety standards to avert deaths from collapsing front seatbacks and issue a rule requiring automatic emergency braking and lane departure warnings in all passenger vehicles, though no date was set for compliance.

Most automakers had already agreed to make automatic emergency braking standard equipment in most of their models by September of next year, as part of a voluntary plan announced in the final weeks of the Obama administration.

Buttigieg, promoting the legislation’s benefits at a White House briefing, said he had traveled the country in recent months and seen too many roadside memorials for people who had died in preventable traffic deaths.

He pointed to a new $5 billion “Safe Streets & Roads for All” program under his department that will in part promote healthier streets for cyclists and pedestrians. The federal program, which he acknowledged may take several months to set up, would support cities’ campaigns to end traffic fatalities with a “Vision Zero” effort that could build traffic roundabouts to slow cars, carve out new bike paths and widen sidewalks and even reduce some roads to shift commuters toward public transit or other modes of transportation.

The legislation requires at least 15% of a state’s highway safety improvement program funds to address pedestrians, bicyclists and other nonmotorized road users if those groups make up 15% or more of the state’s crash fatalities.

“The best way to allow people to move in ways that are better for congestion and better for climate is to give them alternatives,” Buttigieg said. Describing much of it as a longer-term effort, he said, “this is how we do right by the next generation.”

They have called on a sometimes slow-moving NHTSA to address a backlog of traffic safety regulations ordered by Congress nearly a decade ago, such as mandatory rear seat belt reminders. The department recently said it will release a “safe system approach” to road safety in January that identifies safety action for drivers, roads, vehicles, speeds and post-crash medical care.

“Prompt action must be taken on comprehensive, commonsense and confirmed solutions to steer our nation toward zero crash fatalities,” said Cathy Chase, president of Advocates for Highway and Auto Safety. “Proven solutions are at hand; it’s time to take action.”

Krisher reported from Detroit.Under the legislation