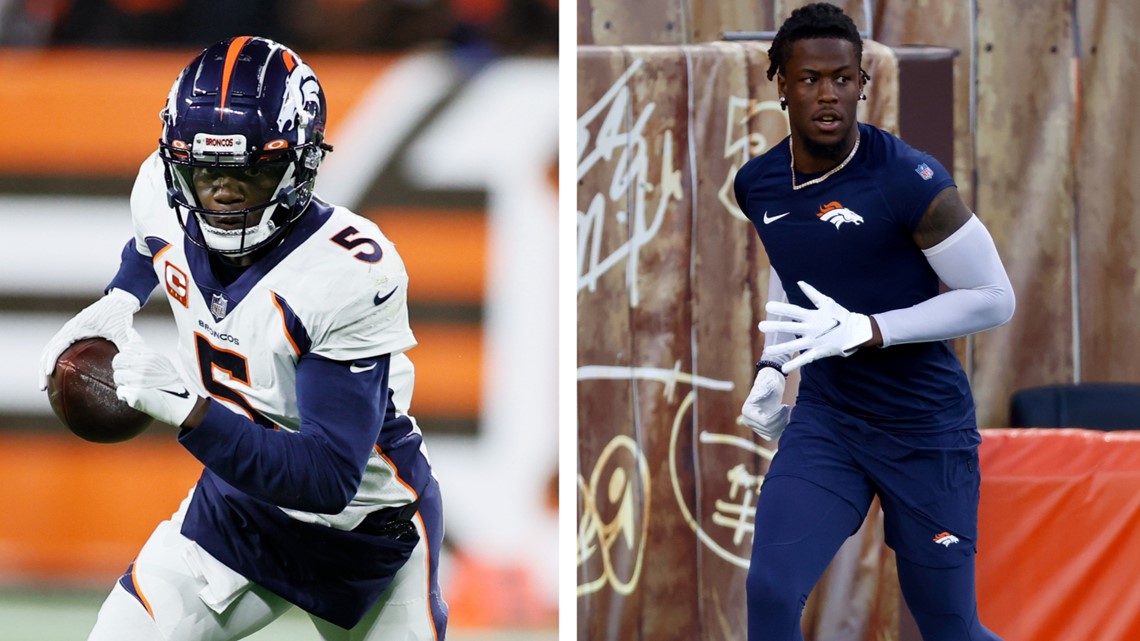 Broncos need to beat Washington on Sunday. Or else. QB Teddy Bridgewater’s play should get boost with return of WR Jerry Jeudy.

ENGLEWOOD, Colo. — Teddy Bridgewater was back this week after decompressing over the weekend with his family in South Florida.

The Broncos’ quarterback is not much of a sports fan when he’s away from his job as a sports figure. Especially when work has been as difficult as it has been mentally, emotionally and physically the past month.

Bridgewater’s Broncos have lost four in a row to spoil an encouraging 3-0 start. Worse, significant changes may be possible should the Broncos deliver another uninspiring performance Sunday and lose to 2-5 Washington in front of a sold out Empower Field at Mile High on Peyton Manning Ring of Fame Day. The trading deadline is Tuesday so some starting players may be dealt if the Broncos lose Sunday. And don’t even start with the coaching staff, although that buzz began after the season’s first two losses, in back-to-back weeks, against the Baltimore Ravens and Pittsburgh Steelers in games 4 and 5.

Heavy stuff, but Bridgewater, who has been battered with a concussion, foot and quad injuries during the losing skid, didn’t sense doom as he returned to work and his teammates Tuesday morning.

“It’s definitely a locker room that’s still together,’’ Bridgewater said Wednesday. “You can sense there’s no panic. I said this to the guys yesterday. I’m like, ‘Man, we’ve got to have a sense of urgency. It’s not time to panic, but it almost is because this thing can go in the wrong direction fast.’’’

It’s not time to panic, but it almost is.

Too bad the Broncos didn’t appear to play with urgency in their week 6 game against the rival Raiders and their interim head coach. More discouraging was how listless the Broncos appeared to be for the start of their season’s only primetime game last Thursday night against the Browns, when Cleveland won the coin toss, took the ball and stuffed it down the Denver defense’s throats with an outrageously easy five-play, 75-yard, game-opening touchdown drive.

That’s two games in a row the Broncos didn’t match the intensity of their opponent. Three if you can’t the Pittsburgh game. Von Miller suggested the lack of urgency goes back one more.

“If you ask me, the Ravens game was the time to go,’’ Miller, the Broncos’ best defensive player, said of the Broncos’ first loss after a 3-0 start. “You know we’ve got a lot of different personalities and different styles of leadership. I wouldn’t necessarily call it panicking but it’s time to sound the alarm.

“It’s time to … the sense of urgency has to be an all-time high. We can’t go out here and lose. However you want to shade it or however you want to lace it up so the pressure doesn’t seem real.  But the pressure is real. And this is reality. We’ve lost four in a row after winning three. We can’t lose too many more if we want to be the team that we set out to be at the beginning of the year. If we want to win games later on in the postseason, the time is now. I love those guys but I don’t really agree with it. The time is now to win.”

Miller has become a leader of profound observatory statements the past year or three. Bridgewater leads by staying calm, stoic in the face of crisis. Bridgewater has mostly played well this season. Although he hasn’t been quite as effective as he was during the team’s 3-0 start, and he’s taken his share of criticism as any quarterback would during the four-game losing streak, Bridgewater still ranks No. 4 among NFL quarterbacks with a 70.1 completion percentage. He’s still the No. 13-ranked passer overall with a 99.5 rating thanks to a nice ratio of 12 touchdown passes against 5 interceptions.

Still, as the Broncos’ appeared especially emotionless at the beginning of games – a time when football players are normally stirred into a state of crazed hysteria – wasn’t Bridgewater tempted to get a little more animated in his leadership delivery?

“With this game, certain guys get themselves going in certain ways,’’ Bridgewater said. “You have those guys who need that pep talk, that rah-rah or that certain music, but I’m the guy man who’s just going to be calm always. Make sure that guys believe that they’re special and they’re here for a reason. Continue to build guys’ confidence up until kickoff and throughout the course of the game. It’s a locker room that has a ton of guys who have confidence in themselves. They look forward to Sundays and just going out there and showcasing their talent. Guys are juiced up mentally and ready to go on Sundays.”

It hasn’t looked that way lately. Maybe because the Broncos haven’t been moving the ball offensively in the first half during their losing skid. And maybe that will change with first-round receiver Jerry Jeudy back in the lineup Sunday and possibly big-play tight end Albert Okwuegbunam.

Broncos head coach Vic Fangio spent an extra practice this week working first and second downs so they there wouldn’t be so many third-and-longs.

Throwing the ball more on first down, and throwing it Jeudy early in the downs, may be the answer.

RELATED: Newcomer Young comes to grips with trade that seems too-good-to-be-true for Broncos