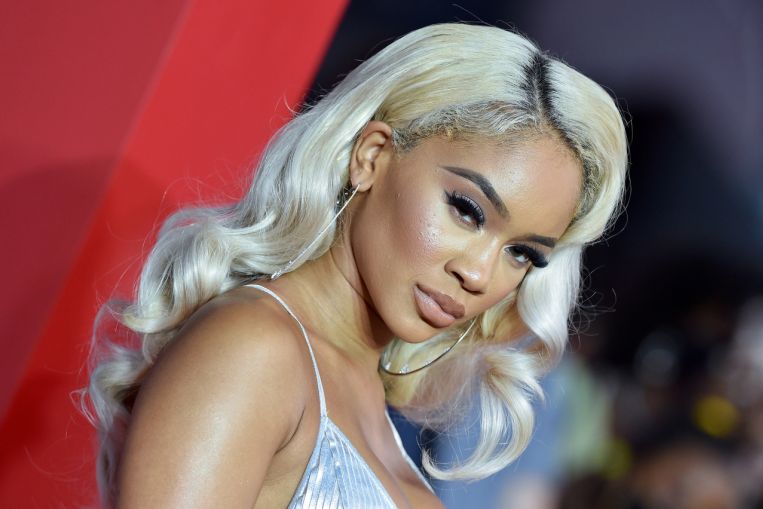 SINGAPORE – The past year has been good for American rapper Saweetie.

In January, she released Best Friend, a song featuring fellow rapper Doja Cat that has become her biggest hit to date.

She is set to perform at and host this year’s MTV EMA (Europe Music Awards), which will take place at Hungary’s Papp Laszlo Budapest Sportarena on Nov 14. It will have a same-day premiere (Nov 15, 8pm Singapore time) on MTV Asia (Singtel TV Channel 350 and StarHub TV Channel 533).

The 28-year-old is also nominated for Best New Act, going up against other rising names such as Olivia Rodrigo and The Kid Laroi.

Here are five things to know about her.

1. She is proud of her Asian and African-American roots

Born in California, her mother is a Filipino-Chinese immigrant and her father is African-American. “It taught me at a really young age that no groups of people are the same,” Saweetie said in a recent online press conference. “We have to respect them, their cultures, their values, their morals.”

The rapper, whose real name is Diamonte Quiava Valentin Harper, adds that her upcoming songs will have some lyrics in Tagalog.

2. She grew up with a tiger mum

When she was in school, her mother, former model Trinidad Valentin, was a “tiger mum” who made her practise until she had “perfect handwriting”.

“Her mantra was, if you’re going to do something, do it right,” she said. “So if I spend, like, two hours doing my homework the wrong way, writing it the wrong way, I’d have to spend an extra two hours correcting it.”

3. She learnt sportsmanship from her dad

“He taught me how to be a sport, to be competitive and to work really hard. I was female athlete of the year, so I’m really competitive,” she said. “I like to compete, which is why I think this (music) industry is just great for my mentality. I’m built for this.”

4. Her songs are full of affirmations

The title of her upcoming debut album, Pretty B***h Music, is not derogatory.

B***h, she explained, is an acronym that stands for Boss, Independent, Tough, CEO and Hyphy (short for hyperactive).

Icy Girl, her breakthrough song in 2017, was about being self-reliant.

“For me, my rap is full of affirmations,” she said. “So being icy is hustling, it’s doing what you have to do, of course, with morals and values. It’s making a name for yourself and it’s about being an independent woman or man.”

She likes to have fun, so she wants everyone who listens to her music – no matter where in the world he or she lives – to feel the same way.