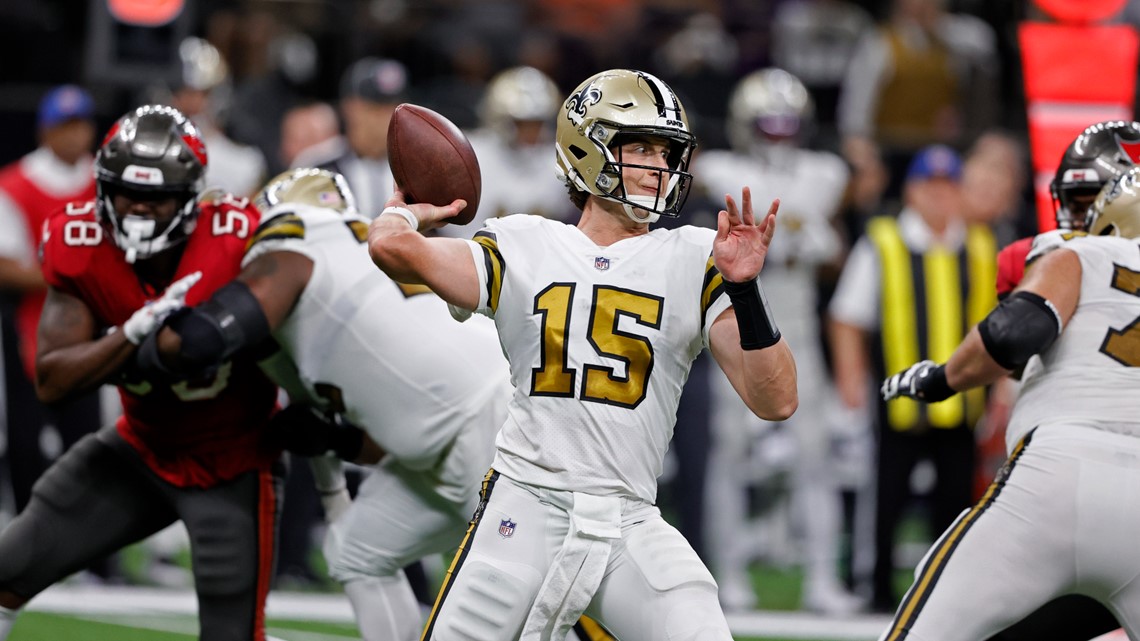 The New Orleans Saints are seeking their fourth straight victory against the Atlanta Falcons but enter the game with a new starting quarterback.

NEW ORLEANS — The New Orleans Saints are reportedly expected to start Trevor Siemian as quarterback on Sunday against the Atlanta Falcons.

The news was first reported by NFL Network’s Ian Rapoport on Friday morning. Rapoport said that the move was “not a surprise” after the team saw Siemian’s poise while relieving an injured Jameis Winston.

Rapoport’s colleague, James Palmer, confirmed the reporting, adding that fans should not be surprised to see Taysom Hill behind center on Sunday after he received some snaps at training.

The New Orleans Saints are seeking their fourth straight victory against the Atlanta Falcons but enter the game with a new starting quarterback. Winston is out with a season-ending knee injury after starting New Orleans’ first seven games.

Siemian relieved Winston last week and passed for 159 yards and a touchdown in a 36-27 victory over Tampa Bay. Atlanta comes in off a loss to Carolina.  Falcons QB Matt Ryan has averaged about 297 yards per game against the Saints in his career.

► Get breaking news from your neighborhood delivered directly to you by downloading the new FREE WWL-TV News app now in the IOS App Store or Google Play.

The Associated Press contributed to this report.