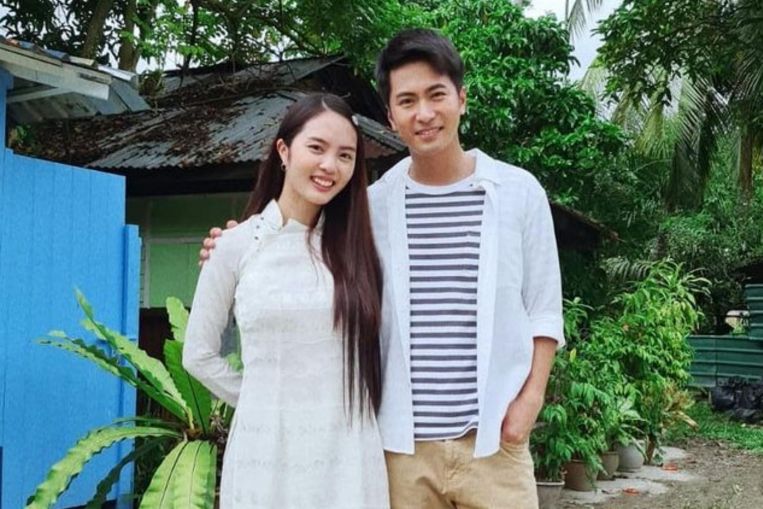 SINGAPORE – The lead characters of popular television series My Star Bride will reunite for a telemovie on Feb 1 next year (2022), with former Mediacorp actor Shane Pow joining the cast.

Fans have been hoping for a sequel after the 20-episode drama ended on Feb 26.

In My Star Bride, local actress Chantalle Ng plays Fangcao, a Vietnamese woman who comes to Singapore to look for her long-lost sister.

She becomes romantically involved with Shijie, a lawyer recovering from a traffic accident, played by actor Xu Bin.

The TV series ended with them reunited in Vietnam.

On Monday (Nov 22), Ng posted a picture of her and Xu in that final scene and wrote: “Fangcao & Gege are very excited to meet you again. We’re about to start shooting our telemovie, see you guys soon.”

In the show, Fangcao addresses Shijie affectionately as Gege, which means elder brother.

Actress Cynthia Koh, who plays Shijie’s elder sister, posted two photos with the leads and wrote: “We hear you. We are going to start filming My Star Bride telemovie soon. Are you excited?”

In the sequel, Shijie’s memory is affected by his brain injury, but he chooses to hide his condition and suffer in silence.

His relationship with Fangcao will be tested by her childhood friend, who has a crush on her.

The character, played by Pow, is a computer whiz who moved to the United States from Vietnam when he was young.

It will be Pow’s first collaboration with Mediacorp after his contract with the broadcaster was terminated in April after he was charged with drink driving.

According to Chinese-language evening daily Lianhe Wanbao, filming of the two-hour telemovie will begin in early December and last about three weeks. It is scheduled to premiere at 8pm on Channel 8 and meWatch on Feb 1.