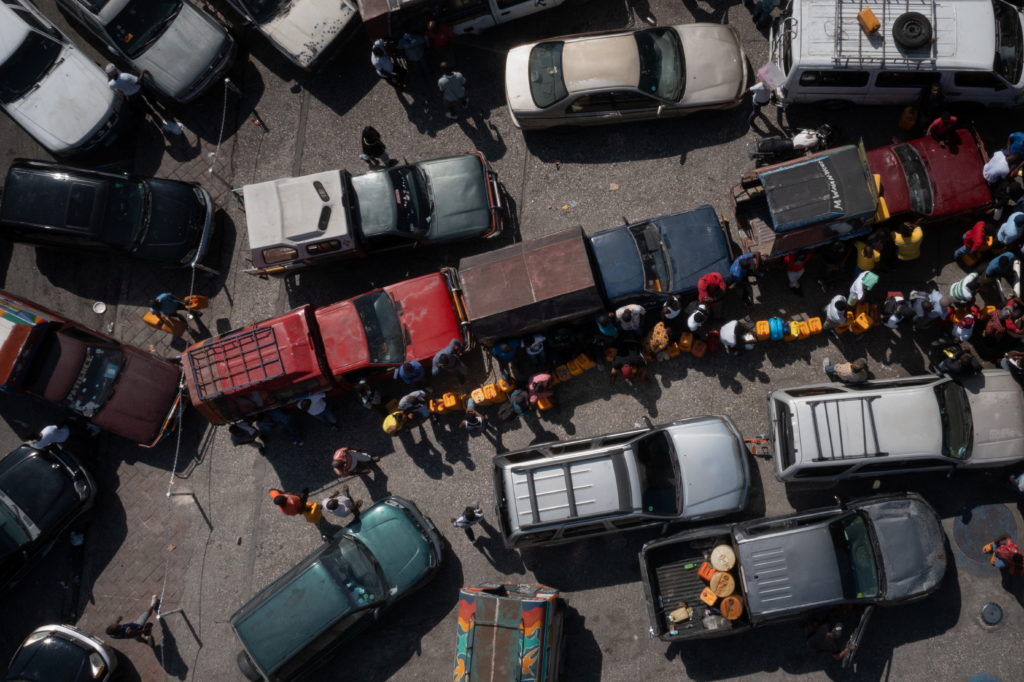 PORT-AU-PRINCE, Haiti (AP) — The U.S. government is urging U.S. citizens to leave Haiti because of the country’s deepening insecurity and a severe lack of fuel that has affected hospitals, schools and banks. Gas stations remained closed on Thursday.

The rare warning from the U.S. State Department comes as Haiti’s government and police are struggling to control gangs that have blocked fuel distribution terminals for several weeks.

“Widespread fuel shortages may limit essential services in an emergency, including access to banks, money transfers, urgent medical care, internet and telecommunications, and public and private transportation options,” the State Department warned on Wednesday. “The U.S. Embassy is unlikely to be able to assist U.S. citizens in Haiti with departure if commercial options become unavailable.”

It’s unclear how many U.S. citizens currently live in Haiti. A State Department official told The Associated Press that it does not provide those statistics and U.S. citizens are not required to register their travel to a foreign country.

WATCH: Kidnapping of American missionaries in Haiti a jab at the U.S., expert says

The warning comes as U.S. and Haitian authorities are trying to secure the safe release of 17 members of a missionary group from Ohio-based Christian Aid Ministries who were kidnapped by the 400 Mawozo gang on Oct. 16. There are five children in the group of 16 U.S. citizens and one Canadian. Their Haitian driver also was abducted.

“We request continued prayer for the kidnappers, that God would soften their hearts,” the organization said in a statement on Wednesday. “As you pray, remember the millions of Haitians who are suffering through a time of serious upheaval and unrest.”

On Tuesday, top Haitian government officials acknowledged the widespread lack of fuel during a news conference and said they were working to resolve the situation, although they provided no details.

Defense Minister Enold Joseph said the government is investigating why 30 fuel tanks sent to Haiti’s southern region went missing, adding that he has observed gasoline being sold on the black market.

“Everything is upside down,” said Pierre Alex, a 35-year-old who works at a factory that makes clothes hangers. He said his son isn’t able to go to school but can’t work at home either because there is no power and no internet. “I don’t know what saints to call upon to come help me.”

The fuel shortage also has threatened Haiti’s water supply, which depends on generators, and hospitals in the capital of Port-au-Prince and beyond.

Marc Edson Augustin, director of St. Luke Hospital, said he can only care for 50 patients with COVID-19 despite having 120 beds set aside for them because the company that provides oxygen to the institution has been hit by the lack of fuel.

On Wednesday, Doctors Without Borders warned that the shortages have forced it to reduce medical care since last week, with staff treating only patients with life-threatening conditions. The aid group said that its hospital and emergency center will run out of fuel for generators in three weeks or less if new supplies don’t arrive.

“As tensions and armed conflict escalate in Haiti’s capital, shortages of fuel, public transportation and drinking water are putting medical facilities and patients at risk,” the aid group said. “Nearly all public and private health facilities in Port-au-Prince have stopped or limited admissions to only acute cases or closed their doors due to similar problems.”

The aid group said that one patient with respiratory distress was recently refused at four different medical centers because the lack of fuel forced them to halt admissions. A fifth facility took her in, officials said.

Doctors Without Borders also said that the lack of fuel is preventing staff from reaching the hospital because of the scarcity of public transportation. It’s a problem seen elsewhere, with parents unable to send their children to school and some employees unable to go to work.

The situation also has led to a spike in food prices in a country of more than 11 million people where more than 60 percent of the population makes less than $2 a day. Meanwhile, a gallon of gasoline, when available, currently costs $15.