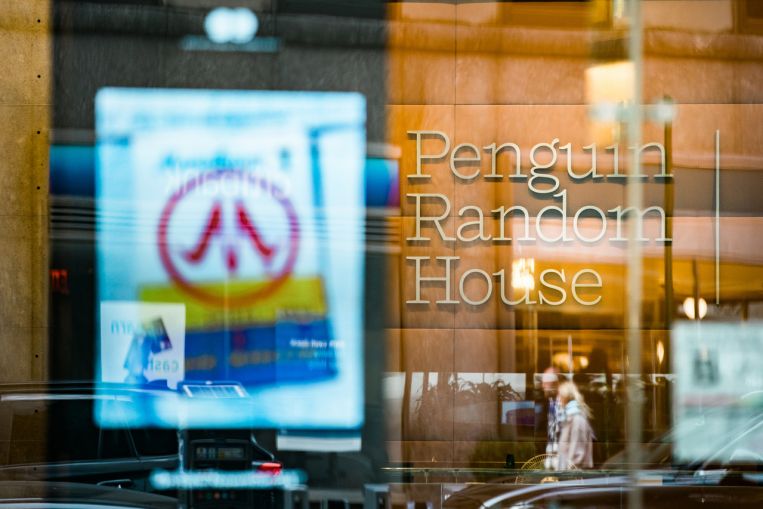 NEW YORK (NYTIMES) – The Joe Biden administration on Tuesday (Nov 2) sued to stop Penguin Random House, the largest publisher in the United States, from acquiring its rival Simon & Schuster, as part of a new drive in Washington against corporate consolidation.

In a publishing landscape dominated by a handful of mega corporations, Penguin Random House towers over the others. It operates more than 300 imprints worldwide and has 15,000 new releases a year, far more than the other four major US publishers.

The deal, announced a year ago, has been under review by the government, which is increasingly scrutinising the power wielded by big companies like Amazon and Facebook.

Tuesday’s antitrust lawsuit, filed in the US District Court for the District of Columbia, is a sign the administration is willing to make more aggressive cases against corporate giants in court.

It argues that the acquisition, because it would merge two publishers that are often the final bidders on the same books, would be detrimental to authors and result in lower advances.

The lawsuit focuses much of its attention on the market for the rights to books publishers believe will be top sellers, and documents several bidding wars between Penguin Random House and Simon & Schuster that went into high six and seven figures.

“If the world’s largest book publisher is permitted to acquire one of its biggest rivals, it will have unprecedented control over this important industry,” Attorney-General Merrick Garland said in a statement accompanying the lawsuit.

“American authors and consumers will pay the price of this anti-competitive merger – lower advances for authors and ultimately fewer books and less variety for consumers.”

Penguin Random House said it planned to fight the challenge and hired Mr Daniel Petrocelli as its trial lawyer. Mr Petrocelli successfully defended AT&T and Time Warner against the Justice Department when it tried to block their US$100 billion merger.

The rationale for bringing the companies together, they said, was to find efficiencies that would save money on the back end, and it had no plans to reduce the number of books it acquires or the amounts it pays for them.

“The government should only be challenging those mergers where they can prove that, as a result of the combination, consumers are going to be harmed – typically in the form of higher prices. And here, there is no such evidence,” Mr Petrocelli said in a phone interview.

“The government does allege that consumers will have fewer books, but that is completely speculative through a chain of strained logic. They’re not going to be able to prove that at the end of the day.”

The department’s focus on the advances paid to authors – rather than what a consumer pays for a book – signals a significant shift. For decades, courts have largely judged mergers on whether or not they will result in higher prices for customers.

But a growing cadre of lawmakers, activists and academics say that focus is too narrow. Instead, they say prosecutors should consider harms to competitors, workers and suppliers.

Many of the most sought-after books sell at auction, with multiple publishing houses bidding against one another. But some publishers do not allow different imprints within the same company to compete at an auction.

He said that imprints at Penguin Random House and Simon & Schuster would still be able to bid against one another if they became part of the same company. In its statement on Tuesday, Penguin Random House said this would hold true “up to an advance level well in excess of $1 million”.

Some in publishing consider these internal bidding rules to be cold comfort given the scale Penguin Random House has already achieved and how much more of the market it would gain if the two companies combine.