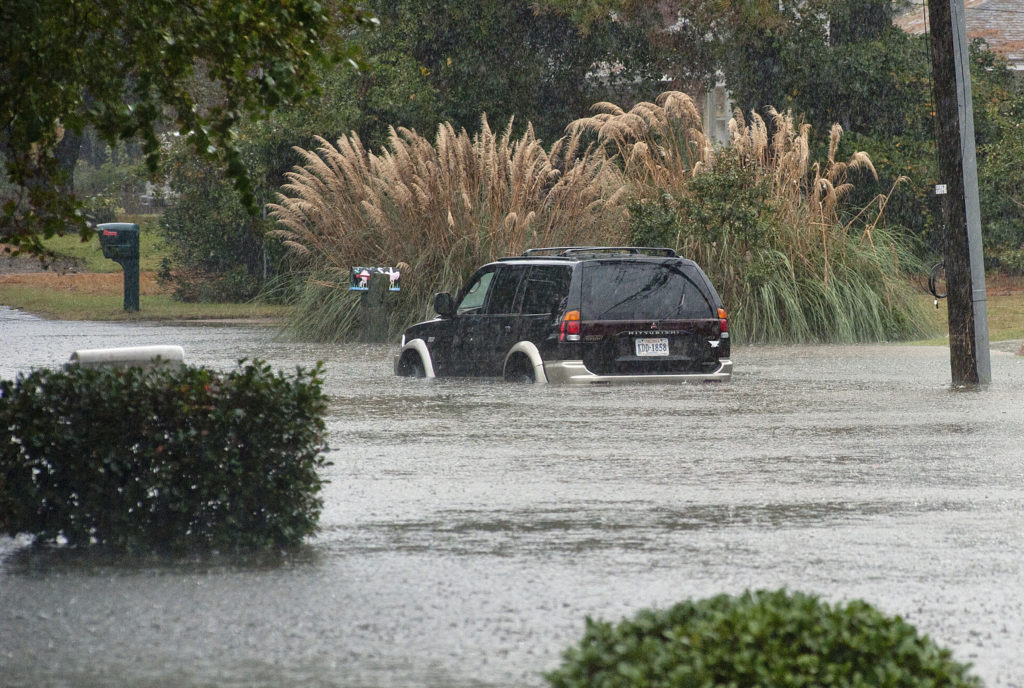 Voters in Virginia Beach have approved one of the larger bonds in the U.S. to pay for infrastructure projects to guard against rising seas and intensifying hurricanes, suggesting that more Americans are finally willing to spend tax dollars to adapt to climate change.

Tuesday’s “yes” vote earned nearly 73 percent support in the coastal city of about 450,000 people, according to unofficial results from the Virginia Department of Elections.

“The script flipped on this a few years ago throughout coastal Virginia,” said Skip Stiles, executive director of Wetlands Watch, a Virginia-based environmental group that partners with local governments on climate change issues.

“Everybody now is going, ‘Hmmm, I think we better deal with this. There’s something going on here, and it’s not just one of these periods of bad storms,’” Stiles said.

The $568 million bond will fund anything from elevating roads to the closing a 100-acre (40-hectare) city golf course to collect storm water. There are also plans for more water pumping stations to reduce flooding.

Property taxes are expected to rise by $115 to $171 a year for a home of median assessed value, city officials say.

The land in Virginia Beach is sinking and the seas are rising at an alarming rate. Since 1960, sea levels have risen by nearly a foot (0.3 meter). And they’re likely to rise by 1.5 feet to 3 feet (0.5 to 1 meter) over the next half-century.

Much of Virginia Beach sits on low coastal plains. Water can drain slowly into tidal rivers and tributaries, sometimes with nowhere to go during heavy rains and high tides.

In 2016, 1,400 homes and businesses flooded following weeks of rain that culminated with the remnants of Hurricane Matthew. Homes that are miles from the city’s beaches on the Atlantic Ocean and Chesapeake Bay were inundated for the first time as drainage systems became overwhelmed.

The flood-control projects in Virginia Beach could help the city avoid up to $8 billion in losses to flooding as well as associated economic impacts in the coming decades, according to a report from Old Dominion University. The losses would be equivalent to about a quarter of Virginia Beach’s gross domestic product — or its total output of goods and services.

“As flooding becomes more prevalent, insurers will raise premiums, refuse coverage and at some point exit Virginia Beach entirely,” economics professor Robert McNab told The Associated Press last week. “Businesses will have more difficulty in moving goods to market and, of course, residents will have more problems moving around the region.”

But the bond in Virginia Beach will not put an end to the city’s flooding woes. The money will cover only a third of what’s needed overall to protect against 1.5 feet of sea-level rise, said John Moss, a city councilman who was a large force behind the referendum.