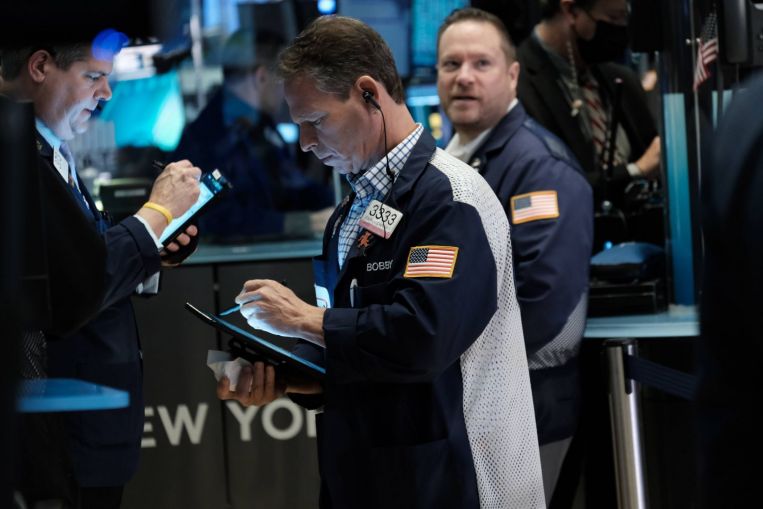 Still, the S&P 500 and the Nasdaq extended their run of all-time closing highs to eight straight sessions.

Tesla Inc was the heaviest weight on the S&P 500.

Its shares fell 4.9% following CEO Elon Musk’s Twitter poll on whether he should sell about 10% of his holdings of stock in the electric automaker company he founded. The poll garnered more than 3.5 million votes, with 57.9% voting “yes”.

Industrials and materials got a boost after the US Congress passed President Joe Biden’s $1 trillion infrastructure spending bill on Saturday.

“Over the weekend we got another trillion dollars thrown at the economy which is already running hot,” Nolte said. “So investors are looking at that as a very good thing for equity markets.”

Caterpillar Inc, Cleveland-Cliffs Inc, Freeport McMoRan and US Steel Corp were among companies riding the wave to solid gains, between 2.7% and 6.5%.

Lawmakers now turn to Biden’s social spending bill, with the House of Representatives expected to vote on the measure next week, according to White House economic adviser Brian Deese.

Among the 11 major sectors in the S&P 500, materials gained the most at 1.2% while utilities suffered the session’s largest percentage loss.

The third-quarter reporting season has reached the final stretch, with 445 of the companies in the S&P 500 having reported as of Friday. Of those, 81% have come in above analyst expectations, according to Refinitiv.

Cryptocurrency and blockchain-related stocks, including those of Coinbase Global, Riot Blockchain, Marathon Digital Holdings and MicroStrategy Inc rose between 5% and 18%, as ether scaled new peaks and bitcoin neared a record high.

Advancing issues outnumbered declining ones on the NYSE by a 1.37-to-1 ratio; on Nasdaq, a 1.21-to-1 ratio favored advancers.

Volume on US exchanges was 11.00 billion shares, compared with the 10.66 billion average over the last 20 trading days.