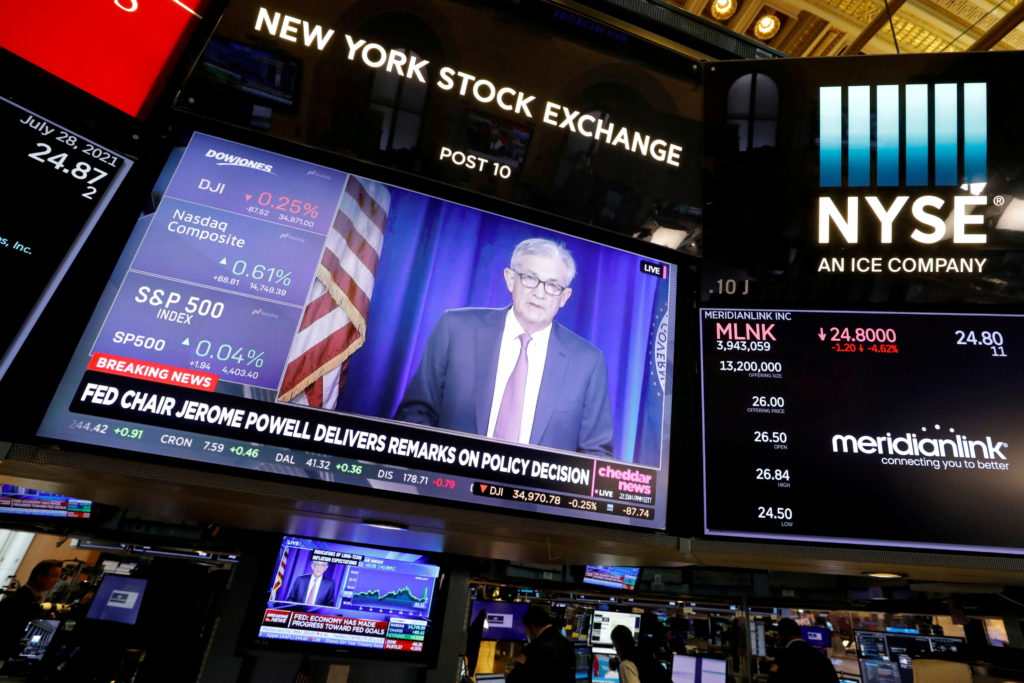 WASHINGTON (AP) — President Joe Biden said Monday he is nominating Jerome Powell for a second four-year term as Federal Reserve chair, endorsing his stewardship of the economy through a brutal pandemic recession in which the Fed’s ultra-low rate policies helped bolster confidence and revitalize the job market.

Biden also said he would nominate as vice chair Lael Brainard, the lone Democrat on the Fed’s Board of Governors and the preferred alternative to Powell among many progressives.

The event is scheduled to start at 1:20 p.m. ET. Watch in the player above.

His decision strikes a note of continuity and bipartisanship at a time when surging inflation is burdening households and raising risks to the economy’s recovery. In backing Powell, a Republican who was elevated to his post by President Donald Trump, Biden brushed aside complaints from progressives that the Fed has weakened bank regulation and has been slow to take account of climate change in its supervision of banks.

“When our country was hemorrhaging jobs last year, and there was panic in our financial markets, Jay’s steady and decisive leadership helped to stabilize markets and put our economy on track to a robust recovery,” Biden said, using Powell’s nickname.

In a second term that begins in February, Powell would face a difficult and high-risk balancing act: Inflation has reached a three-decade high, causing hardships for millions of families, clouding the recovery and undercutting the Fed’s mandate to keep prices stable. But with the economy still 4 million-plus jobs shy of its pre-pandemic level, the Fed has yet to meet its other mandate of maximizing employment.

Next year, the Fed is widely expected to begin raising its benchmark interest rate, with financial markets pricing in at least two increases. If it moves too slowly to raise rates, inflation may accelerate further and force the central bank to take more draconian steps later to rein it in, potentially causing a recession. Yet if the Fed hikes rates too quickly, it could choke off hiring and the recovery.

If confirmed, Powell would remain one of the world’s most powerful economic officials. By either raising or lowering its short-term interest rate, the Fed seeks to either cool or stimulate growth and hiring, and to keep prices stable. Its efforts to direct the U.S. economy, the largest in the world, typically have global consequences.

The Fed’s benchmark rate, which has been pegged near zero since the pandemic hammered the economy in March 2020, influences a wide range of consumer and business borrowing costs, including for mortgages and credit cards. The Fed also oversees the nation’s largest banks.

For months Powell was the favorite to be reappointed, but a vigorous campaign by environmental and public interest groups in support of Brainard clouded the picture in recent weeks. Critics, including Sen. Elizabeth Warren, D-Massachusetts, argued Powell had loosened bank regulations that were put in place after the 2008-2009 financial crisis.

And two other senators expressed opposition to Powell last week because they said he was insufficiently committed to using the Fed’s regulatory tools to combat global warming.

Brainard, meanwhile, cast 20 dissenting votes against financial rule changes in the past four years. In March 2020, she opposed a regulatory change that she said would reduce the amount of reserves large banks were required to hold to guard against losses. She has also spoken more forcefully than Powell on ways the Fed can confront global warming.

Biden sought to assuage those concerns. He said Powell had committed to making climate change “a top priority” and had agreed to make sure “that our financial regulations are staying ahead of emerging risks.”

“Jay, along with the other members of the Fed Board that I will nominate must ensure that we never again expose our economy and American families to those kinds of risks,” he said at the White House, referring to the 2008 financial crisis.

WATCH: Key miscalculations that impacted inflation, and how Biden’s spending bill could affect it

Biden still has the opportunity to fill three more positions on the Fed’s Board of Governors, including the vice chair for supervision, a top bank regulatory post. Those positions will be filled in early December, Biden said.

Biden acknowledged that some Democrats encouraged him to pick a new Fed chair, for a “fresh start.” But he said he wanted to go in a different direction.

“We need stability and independence at the Federal Reserve,” he said. “I believe Fed leadership with broad and bipartisan is important, especially now, in such a politically divided nation.”

Biden praised Powell for his efforts to achieve maximum employment, but did not press him on inflation, which has emerged as the biggest economic threat to his administration. Biden said the U.S. economy is in the midst of a “historic recovery” that gives the Fed an opportunity to “attack inflation from a position of strength, not weakness.”

Powell said “we know that high inflation takes a toll on families, especially those less able to meet the higher costs of essentials, like food, housing and transportation.” He pledged to use the Fed’s tools — principally raising interest rates — “to prevent higher inflation from becoming entrenched.”
Powell’s renomination is widely expected to be approved by the Senate Banking Committee and then the full Senate.

Some liberal Democrats such as Sen. Sherrod Brown of Ohio, chair of the Banking Committee, have endorsed Powell, as have moderate Democrats, including Sen. Jon Tester of Montana. He was also endorsed by Sen. Pat Toomey, R-Pennsylvania, the senior Republican on the panel, and will likely receive widespread support from Republicans.

Wall Street cheered the renomination, with stock prices rallying and measures of fear in the market easing immediately after the announcement. The S&P 500 is on pace to close at another record.

The 68-year-old lawyer was nominated for the Fed’s Board of Governors in 2011 by President Barack Obama after a lucrative career in private equity and having served in a number of federal government roles.

Unlike his three immediate predecessors, Powell lacks a Ph.D. in economics. Yet he has earned generally high marks for managing perhaps the most important financial position in the world, especially in his response to the coronavirus-induced recession.

Still, the spike in inflation has forced the Powell Fed to dial back its economic stimulus sooner than envisioned. At its latest meeting in early November, the central bank said it would start reducing this month its $120 billion monthly bond purchases and likely end them by mid-2022. Those purchases have been intended to keep longer-term borrowing costs low to spur borrowing and spending.

For months, Powell characterized inflation as “transitory,” but more recently, he conceded that higher prices have persisted longer than expected. At a news conference this month, Powell acknowledged that high inflation could last into late summer 2022.

Brainard’s elevation to the Fed’s No. 2 position follows the key role she played in the Fed’s emergency response to the pandemic recession. She is part of a “troika” of top policymakers that includes Powell and Richard Clarida, whom she will replace as vice chair in February.

Brainard was an architect of the Fed’s new policy framework, adopted in August 2020, under which it said it would no longer raise rates simply because the unemployment rate had fallen to a low level that could spur inflation. Instead, the Fed said it would await actual evidence that prices are rising.

Brainard also was key in the Fed’s redefinition of its maximum employment goal as “broad and inclusive,” taking into account the unemployment rate for Blacks and other groups and not just for Americans as a whole in policy decisions.

She has also spoken about ways the Fed could more directly take account of climate change in bank supervision. Many environmental groups say loans to oil and gas companies, as well as to commercial real estate developers, could default and cause large losses at banks, should environmental damage worsen or renewable energy provide a greater share of power generation.

“Climate change,” she said, “is projected to have profound effects on the economy and the financial system, and it is already inflicting damage.”