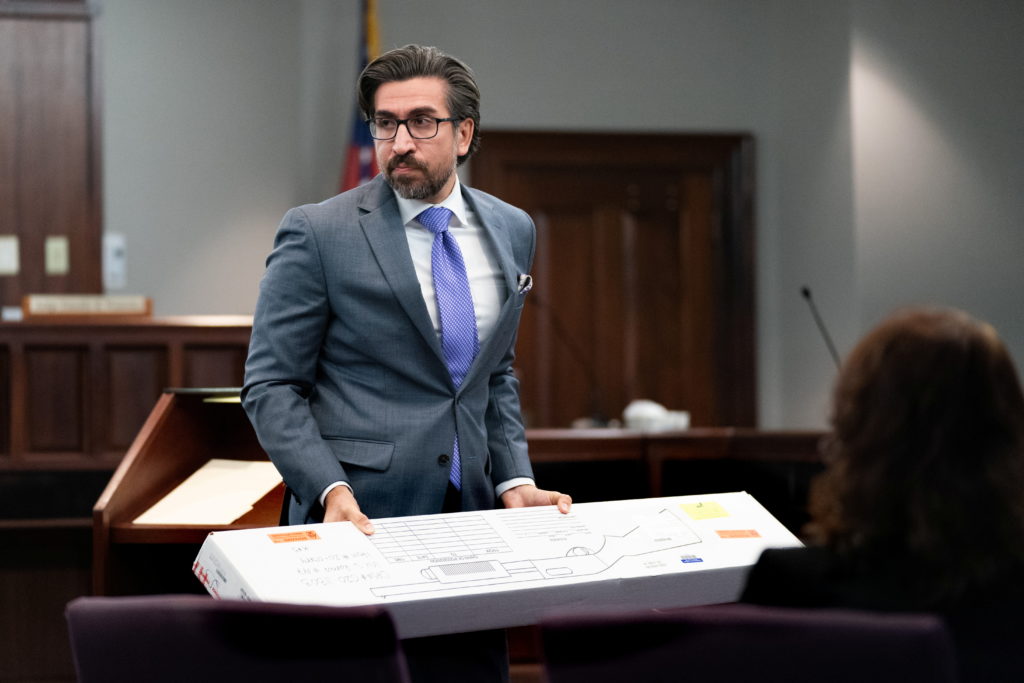 The trial of three men charged in the death of Ahmaud Arbery is expected to continue on Tuesday.

The event is scheduled to start at 9 a.m. ET. Watch the trial in the player above.

The first Glynn County police officer on the scene, Ricky Minshew, testified Monday as to what he saw when he arrived at the location where the shooting took place.

Arbery, a 25-year-old Black man, was slain in 2020 after being chased by white men in pickup trucks who saw him running in their Georgia neighborhood.

Under repeated questioning by defense attorneys, Ricky Minshew, a former Glynn County police office and the first responder on the scene, said that William Bryan, the man who pursued Arbery in his truck, told the officer he never meant to cause any harm to Arbery.

Father and son Greg and Travis McMichael armed themselves and used a pickup truck to pursue Arbery after they spotted him running in their neighborhood.

A neighbor, William “Roddie” Bryan, joined the chase and took cellphone video of Travis McMichael shooting Arbery in the street at close range.

No arrests were made for more than two months until the video of the killing leaked online and sparked a national outcry, deepening a national reckoning over racial injustice.

The Georgia Bureau of Investigation took over the case from local police. Both McMichaels and Bryan were soon charged with murder and other crimes.