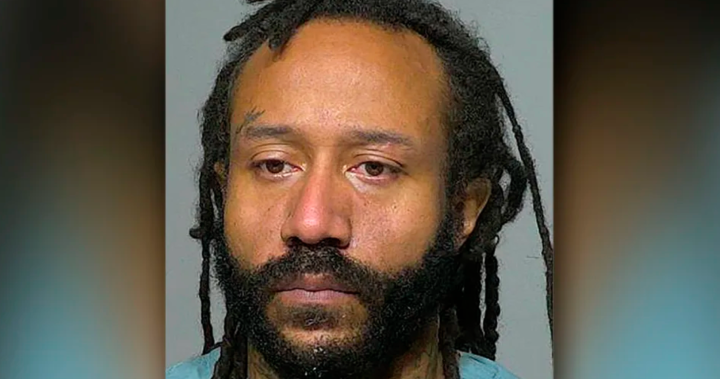 A man is in custody after allegedly driving an SUV through a busy Christmas Parade, which left 5 people dead and 48 injured in Waukesha, Wisc., said local authorities at a press conference on Monday afternoon.

Officials have confirmed the suspect as Darrell E. Brooks.

Those killed in the incident have been confirmed as: Virginia Sorenson, 79, LeAnna Owen, 71, Tamara Durand, 52, Jane Kulich, 52, and Wilhelm Hospel, 81.

The incident occurred at 4:39 p.m. when a red SUV plowed through the crowd, hitting people gathered along the parade route on one of the city’s main streets. Witness videos posted to social media show a marching band and a girls’ dance group being struck from behind.

Thompson said that Brooks was involved in a domestic disturbance just prior to the incident.

1:59
At least 18 children in hospital after SUV plows into Waukesha Christmas parade: doctor

A police officer was captured on video firing shots at the vehicle in an attempt to get it to stop. Police did not say whether the driver was hit, but said the officer stopped firing when they realized the potential to hurt additional bystanders was too high.

“When the suspect was driving through and into the crowd, one officer did discharge his firearm and fire shots at the suspect to stop the threat but due to the amount of people, had to stop, stop and fire — not fire any other additional shots,” he continued.

Thompson said that the officer has been put on administrative leave.

Wisconsin court records, obtained by The Associated Press, show someone with the same name facing recent charges stemming from a Nov. 5 incident. From that incident, the suspect faces five charges including two felony counts and one misdemeanour. The charges were booked under domestic abuse and range from resisting arrest, battery, bail jumping and reckless homicide. A $1,000 bail was posted on Friday.

Brooks has a second open case dating back to July 2020 in which he’s facing two charges of reckless endangering and one count of illegal possession of a firearm.

Children’s Wisconsin, one of the hospitals that received patients, said Monday they were providing medical care for 18 children, including “three sets of siblings.”

The patients range from ages three to 16, with some suffering facial cuts, broken bones and serious head injuries, according to doctors. The doctors said six children underwent operations on Sunday night and two would undergo surgeries Monday.

Of the ten of the patients in the ICU, six are in critical condition, three in serious condition, and one in fair condition.

We are all horrified by the tragic events at the Waukesha Christmas Parade yesterday and our hearts go out to those families affected. Sadly, we know the impact of a traumatic event can spread far beyond those directly involved.

Reilly, who was also a parade participant, said his “heart goes out to all affected by this senseless act” and that he was saddened to know people who went to a community event “ended up dealing with injury and heartache.”

The City of Waukesha acknowledged the incident on its Facebook page noting that the number of victims may also change as time goes on.

“The community mourns the loss of our community members and those injured. We are asking for the community to come together during this time and to keep the families in your prayers,” reads the statement.

0:18
Police say officer discharged weapon to stop vehicle that drove through crowds of people at a Christmas parade in Waukesha, Wis.

Police say officer discharged weapon to stop vehicle that drove through crowds of people at a Christmas parade in Waukesha, Wis.

— With files from Reuters and the Associated Press