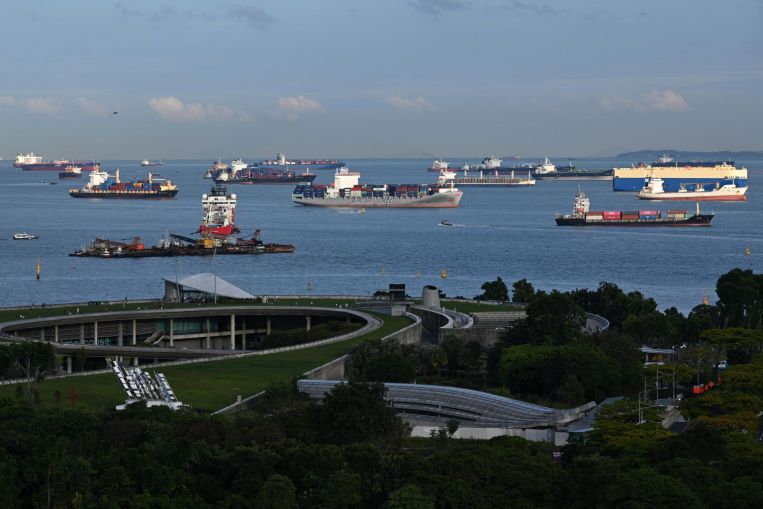 SINGAPORE – Singapore’s Senior Minister Tharman Shanmugaratnam believes that it is possible to diversify supply chains for better risk management, remain an open economy while catering good jobs and, at the same time, avoid bifurcation of the world into rival camps of trade and technology.

In a one-on-one virtual dialogue with the United States’ Secretary of Commerce Gina Raimondo, Mr Tharman said the world will be “much worse off” if the global economy splits.

The dialogue, held late on Monday (Nov 1), was organised by the Lee Kuan Yew School of Public Policy and American think-tank Peterson Institute for International Economics (PIIE). It was part of the webinar Supply Chains In A World Of Conflict And Covid-19 and was moderated by PIIE president Adam Posen.

Ms Raimondo, however, underlined her government’s mistrust of China’s trade practices and instead put forward US President Joe Biden’s vision of an Indo-Pacific economic framework which will bring together what she called like-minded and trusted partners across the region, including Singapore.

She also coined a new term “friend-shoring” while referring to a US policy shift towards the Indo-Pacific region.

“We are taking a dual approach of investing in domestic manufacturing as well as pursuing what we are calling friend-shoring, so that like-minded partners like you are fully integrated into our supply chains,” she said.

The US is Singapore’s top foreign investor and second-largest trade partner after China.

Referring to the recent US agreement with the European Union on aluminium and steel tariffs, Ms Raimondo said the deal also addresses global overcapacity from China and toughens enforcement mechanisms to prevent leakage of Chinese and other unfairly traded commodities into the US market.

She also mentioned the progress made by the US-EU Trade and Technology Council, which multiple US officials have described as an attempt to deny China catching up with developments in advanced and critical technologies.

However, Mr Tharman, who is also chairman of the Monetary Authority of Singapore and the Coordinating Minister for Social Policies, stressed that “the world economy is going to be a weaker economy if we do not see a roll-back of all forms of protection and discrimination”.

He said Covid-19 has led to a step change in the way in which global corporations, as well as medium-sized companies, are thinking about supply chains.

This change of view is not about a retreat from globalisation, but more about diversifying supply chains and better risk management of a whole set of practices, including in managing inventories and the ability to move production and sourcing from one site to another at short notice.

He said Asean countries and other developing economies will be part of these diversified supply, production and logistics networks.

He said Singapore will play its part to ensure as much as possible that it is in an open and connected world not just for goods and services, but also increasingly for data and other digital services.

In this regard, he mentioned Singapore’s digital economy agreements with several countries, including Australia, New Zealand and Chile. The US and Singapore recently signed a memorandum that aims to strengthen trade and investment collaboration between the two countries.

“That’s what every responsible government has to do. Find ways of opening up internationally but double down on the right domestic social and economic strategies to preserve inclusiveness and ensure that you have got that broad base of good jobs that are being created. Not always the same jobs that existed before, but you are always catering to that broad base of workforce with good jobs.”

He said governments should not pick winners among businesses or offer subsidies to certain industries that end up diverting resources from businesses preferred by the market to those preferred by policymakers, eventually leading to losses for the overall economy.

“But what we need now to address with renewed energy is the development of collective capacity. And that means everything from a strong pre-school sector to provide opportunities for social mobility or at least not stunt social mobility early in life… to a high quality public school sector and broadband access across the full span of the population.”

Companies have been dealing with supply chain problems since the start of the US-China trade war in 2018.

While several multinational corporations have signalled that they may reconfigure their supply chains to manage these challenges, some governments are also looking at attracting production of essential and critical goods and their supply networks back home or closer to home. These are referred to as reshoring and nearshoring.